Dante's Descendant wants to promote his legacy in Italy 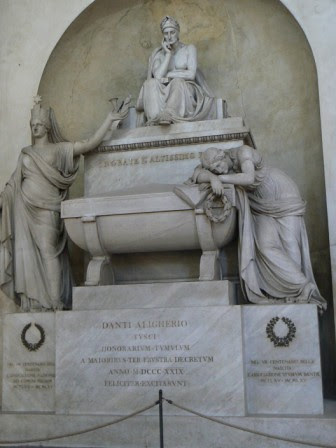 Dante's Descendant wants to promote his legacy in Italy

A direct descendant of Dante on Tuesday called on the new city council of Florence to promote his ancestor's legacy by teaming up with other cities in which the poet spent his life.

Count Pieralvise Serego Alighieri, a winemaker and 21st direct descendant of Dante, appealed to mayor Matteo Renzi, who was elected in June, for a "commitment that will give Dante and his cities the value they deserve."

"I hope the new city council will take up my old dream: an accord between the three Dante cities of Florence, Verona and Ravenna to promote coordinated initiatives," he said.

"I haven't heard anything from the new council so far," he added.

Italy's greatest poet, Dante (1265-1321) lived and worked in Florence until he was forced to flee in 1302 because of fighting between political factions.

He spent the last 19 years of his life in exile, six of which he spent in Verona as a guest of his hero Cangrande della Scala, before dying in Ravenna.

Last year Serego Alighieri was set to accept Florence's apology for banishing his famous ancestor but pulled out at the last minute citing hurtful remarks made by some political parties.

He was to have received the city's highest honour, the Golden Florin, as a sign of its regret for forcing Dante into exile for the rest of his life.

The motion called for the formal revocation of the 1302 verdict which sentenced Dante to be burned at the stake if he ever set foot in his beloved city again.

Historians say the sentence, based on charges of fraud, perjury and extortion, was trumped up by the enemies of the poet, who was very active in the politics of his day.

But Serego Alighieri said Florence's apology was not acceptable.

"When I read about the council session I realised it wouldn't be a heartfelt, collective 'mea culpa' at all," the count said.

"My heart sank when I read certain remarks from the Communist and Green councillors who voted against the motion".

Serego Alighieri is the leading member of the 21st generation of Dante's descendants. He runs a Valpolicella vineyard near Verona which was originally bought by the poet's son Pietro in 1353.

This year he has also produced a Tuscan red wine at a new winery near Montalcino, signalling the return of the Alighieri family to Tuscany for the first time in 650 years.

The Ravenna monks who guard Dante's ashes have refused several pleas from Florence to return the poet's remains. Dante's tomb in the northeastern Italian city is a big tourist draw, rivalling the lure of its Byzantine mosaics.

Florence has had to be content with an empty tomb in the Santa Croce church, built in the early 19th century, which some tourists think is the real thing.

Experts believe he began writing the Divine Comedy, which comprises Inferno, Purgatorio and Paradiso (Hell, Purgatory and Paradise), in 1308, finishing just before his death in 1321.
Email Post