Muhammad's Prohibition To His Muslim Followers Never To Pass Beyond The Pillars Of Hercules. So Why Are There Muslims Here In The Americas?

Upon a stone square was placed a second square, connected to the first by copper pilasters between 60 and 100 cubits in height. The sides of the second, upper square were one-third the size of the first one. Above this a triangular construction that tapered upward. On this rested a block of white marble, upon which stood the brass statue, 6 cubits in height, of Muhammad, with long beard and a gilded mantle over his shoulder. His Left arm was stretched out in the direction of the strait, signifying of the Arab geographers, “No one shall proceed farther,” or “Return to the place which you have come.” Maria Corti On the structure of the monument, see Reinhart Pieter Anne Dozy, Recherchers sur l'historie et la litterature de l'Espagne pendant le moyen age, 3rd. ed. (Leiden: Brill, 1881, 2:300-314; and Rene Basset, “L’aqueduc et la statue de Cadix,” La Tradition 6 (1892) :97.

The following is a rough translation of part of Rene Basset's “L’aqueduc et la statue de Cadix,” it gives the description of the 9 foot tall statue of Muhammad warning all Muslims never to pass beyond the Pillars of Hercules:

"The second legend relating to the statue which was to dismiss the Berber invasion. According to Arab writers, "it was iron and mixture of copper, and was shaped in Berber, with a beard and a tuft of curly hair on his head. Under his arm went the skirt of a dress with two points were selected in the left hand. He stood atop a high building and some 60 cubits. The height of the statue was six cubits he stretched his right hand holding a key on the side of the sea, as if to say: there is no passage .. Indeed, the sea on this side, El Iblâyah is called, and no one had ever seen vessels ventured calmly pass there until the key fell from the statue's own hand 'of the statue, so for the sea' appeased. The anonymous geographer Almeria gives roughly the same discription: "the statue represented a man with a long beard, a golden mantle which fell until mid-legs. His face was turned toward the northwest. His left arm was extended towards the entry of the Strait. In his right hand, covered with his cloak sprawling to the ground, an object that he held a key, but élail said a stick". 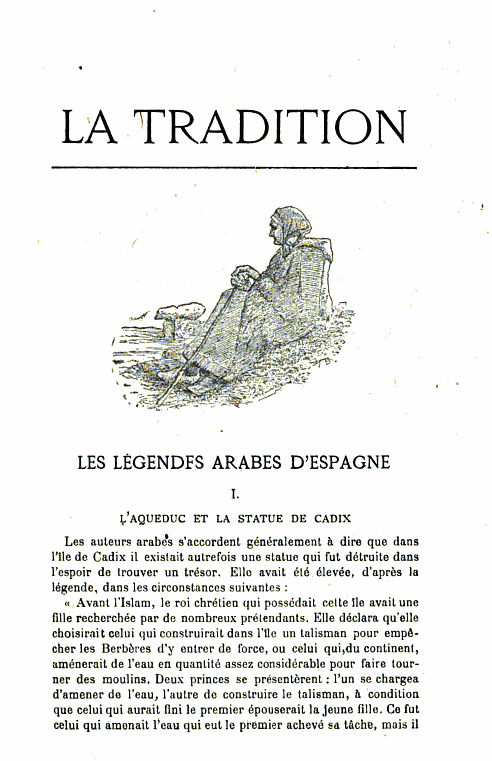 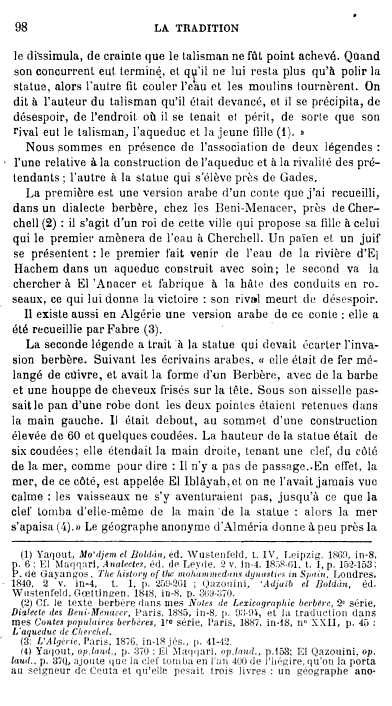 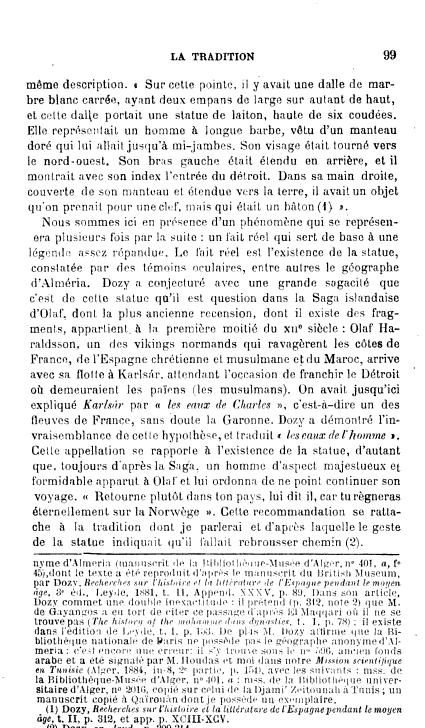 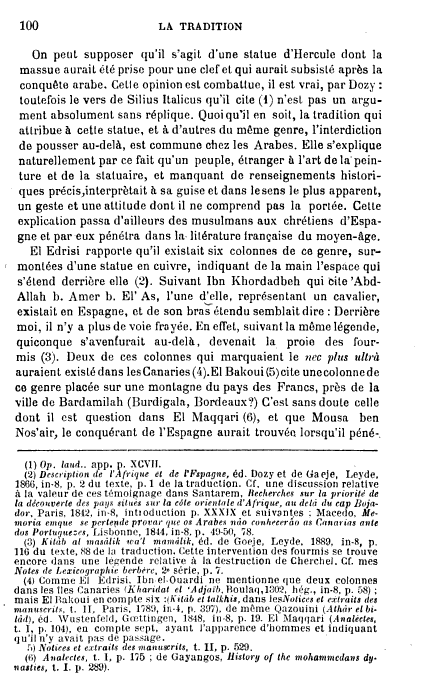 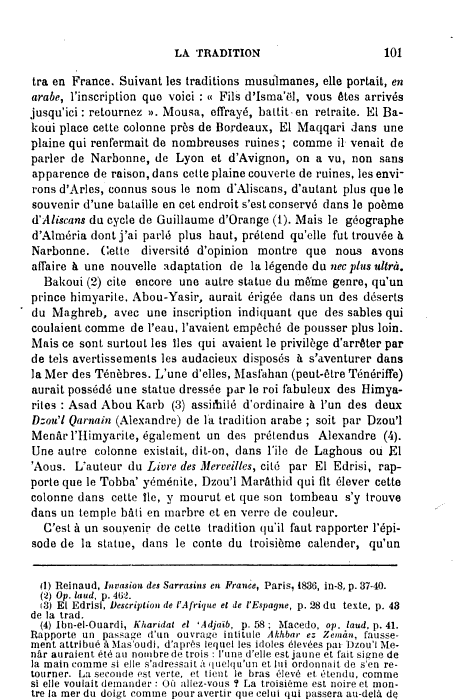 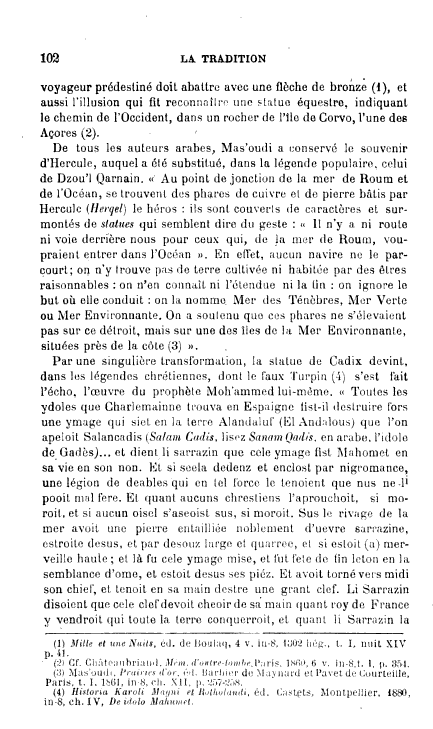 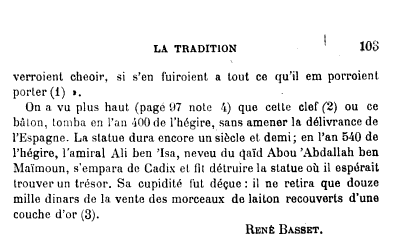