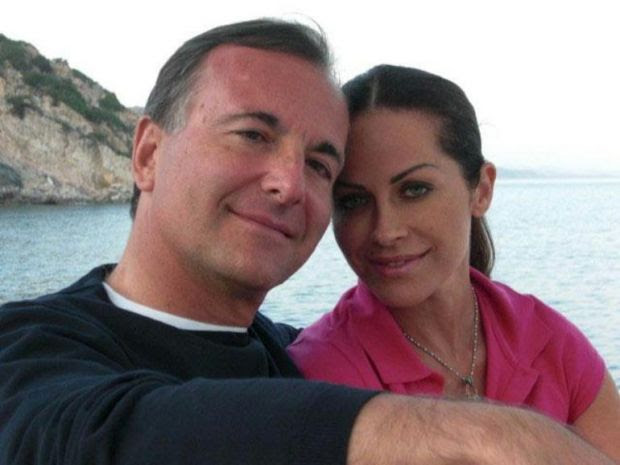 Classified By: Ambassador Alexander Vershbow for Reasons 1.4 (B) and (D)

Â¶1. (S/NF) SUMMARY: Secretary of Defense Robert Gates (SecDef)
met with Italian Minister of Foreign Affairs Franco Frattini
during an official visit to Rome on February 8. On
Afghanistan, Frattini was eager to move beyond the London
Conference and work to produce practical results for the
Afghan people. He proposed better civil-military
coordination at senior levels in NATO, and raised the
prospect of coordination on local projects across the
Afghanistan-Iran border. SecDef thanked Frattini for Italy's
pledge of more troops for operations in Afghanistan and
explained where gaps in civil-military cooperation existed.
Frattini believed the international community was lining up
against Iran, and encouraged better coordination with
countries outside the P5-plus-1. SecDef warned that a
nuclear Iran would lead to greater proliferation in the
Middle East, war, or both. SecDef agreed with Frattini that
a United Nations conference highlighting security challenges
in the Horn of Africa was a good idea. END SUMMARY.

Â¶2. (S/NF) Frattini opened by telling SecDef that the U.S. can
count on Italy's full support on Afghanistan, Iran and
fighting terror. He had recently talked with General Jones
and Secretary Clinton and relayed the same message. He
expressed a desire to focus on the comprehensive approach in
such a way to improve the daily lives of Afghans. He
asserted a need to press President Karzai on delivering
improved governance or risk losing support for the mission in
coalition Parliaments. Frattini wanted to get beyond "just
talking" -- referencing the London conference -- and noted
concrete Italian projects to convert poppy cultivation to
olive oil production and to create a national high school for
public administration.

Â¶3. (S/NF) SecDef commended Rome's efforts to increase Italian
contributions, asking whether even more Carabinieri might be
available for training the Afghan security forces. He
observed that General McChrystal's emphasis on protecting
Afghan civilians has changed attitudes among Allied publics.
SecDef said he is pushing the comprehensive approach, noting
a need for all stakeholders in Afghanistan to share
information effectively. He said he hoped that NATO's new
Senior Civilian Representative, Ambassador Mark Sedwill,
could facilitate this. SecDef recommended a focus on better
governance below the level of the national government --
which would take decades to turn into a modern government )
taking advantage of traditional institutions and competent
governors at the regional and sub-regional levels and
leveraging them into local success stories. At the national
level, however, our priority should be to develop those
ministries most critical to our success, such as Defense,
Interior, Finance, Agriculture, and Health. Noting Gen.
McChrystal's recent statement that the situation in
Afghanistan is no longer deteriorating, SecDef said that much
of the challenge is psychological -- convincing Afghans that
we can win and that we will not abandon them.

Â¶4. (S/NF) Frattini agreed that civilian-military integration
is the weakest part of the Afghan strategy. He expressed
frustration that NATO foreign ministers only discuss issues
like agriculture and education while defense ministers only
discuss security. The problem, Frattini suggested, is that
they don't talk to each other. He proposed a joint meeting
of foreign and defense ministers, beginning with talks at the
expert level. SecDef responded that Gen. McChrystal and
Ambassador Eikenberry do civilian-military collaboration at
the national level on the basis of a Joint Campaign Plan, as
do local ground commanders with leaders of PRTs. What is
missing is the level in between -- the regional commands --
and SecDef expressed a desire for Sedwill to appoint
subordinates to address this in each RC, building on the

example of the civ-mil cell in RC-South. The effect would be
cascading civil-military coordination at the national,
regional, and local levels. SecDef noted that similar
efforts by UNSRSG Kai Eide had been hamstrung by resourcing
and the UN's aversion to working with the military. As a
NATO representative, Sedwill should not have these problems.

Â¶5. (S/NF) Frattini also asked about practical cooperation
across the Afghan-Iranian border. Local incentives for
cooperation might undermine weapons and drug trafficking and
help co-opt reconcilable Taliban. SecDef noted that Iran is
playing both sides of the street -- trying to be friendly
with the Afghanistan government while trying to undermine
ISAF efforts. He noted that intelligence indicated there was
little lethal material crossing the Afghanistan-Iran border.
SecDef suggested that trade route protection from Afghanistan
into Eastern Iran, which is important for local economies on
both sides of the border, might be a place to start. SecDef
noted that any effort will need to be coordinated with Kabul.
Frattini agreed this would be a good starting point.

Â¶6. (S/NF) Frattini supported recent public statements by
SecDef raising the pressure on Iran. He declared that
Ahmadinejad cannot be trusted, especially after contradicting
recent constructive statements by his own government.
Frattini, citing a recent conversation with Russian Foreign
Minister Lavrov, said he believed Russia would support the
sanctions track. The challenge was to bring China on board;
China and India, in Frattini's view, were critical to the
adoption of measures that would affect the government without
hurting Iranian civil society. He also specifically proposed
including Saudi Arabia, Turkey, Brazil, Venezuela and Egypt
in the conversation. He expressed particular frustration
with Ankara's "double game" of outreach to both Europe and
Iran. Frattini proposed an informal meeting of Middle East
countries, who were keen to be consulted on Iran, and noted
that Secretary Clinton was in agreement.

Â¶7. (S/NF) SecDef emphasized that a UNSC resolution was
important because it would give the European Union and
nations a legal platform on which to impose even harsher
sanctions against Iran. SecDef pointedly warned that urgent
action is required. Without progress in the next few months,
we risk nuclear proliferation in the Middle East, war
prompted by an Israeli strike, or both. SecDef predicted "a
different world" in 4-5 years if Iran developed nuclear
weapons. SecDef stated that he recently delivered the same
warning to PM Erdogan, and he agreed with Frattini's
assessment on Saudi Arabia and China, noting that Saudi
Arabia is more important to both Beijing and Moscow than
Iran.

Â¶8. (S/NF) SecDef urged Frattini to reconsider a planned
visit to Italy by a prominent Iranian Parliamentarian in the
wake of recent executions of students in opposition to the
government. At the same time, we needed to ensure we did not
discredit the opposition by creating the impression that they
are the tools of foreign partners.

Â¶9. (C) Frattini expressed concern about deteriorating
conditions in Somalia and Yemen. He noted a recent
conversation with President Sharif of Somalia's Transitional
Federal Government (TFG), in which Sharif said that he would
be unable to pay his security forces by the end of February.
Frattini said that Italy was encouraging the EU Presidency to
focus on Somalia and Yemen, and had proposed a United Nations
conference addressing Horn of Africa security issues. Italy
was providing funding to the TFG's national budget. SecDef
concurred that the region deserved more focus.

Â¶10. (U) SecDef has cleared this cable. Drafted by OSD staff.
DIBBLE