Why Christian Fundamentalists Refuse To Label Anders Behring Breivik As The AntiChrist? 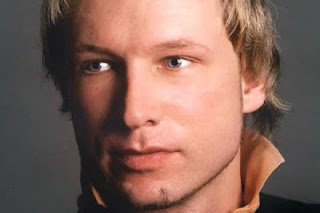 
What gives? Why no more quick finger pointing at an evil man who should be considered an enemy to "Christianity"?

The reason of course is that what passes for "Christians" is not Christian at all. Many of the far right Christians are deceived by their own demented beliefs and fail to grasp the Truth of Christianity. Many if not all "Christians" refuse to covert to the One True Faith which of course is Roman Catholicism. So many who call themselves Christians are Christians only in name, and it will not avail to just say Lord Lord:

So now I wait to see who will be the first Christian Fundamentalist blogger to call Anders Behring Breivik the AntiChrist just like they called Obama the AntiChrist.
Email Post