Evil Portent For Islam Fulfilled: Satan's City Of Dubai Goes Down In Flames!

Again the devil took him up into a very high mountain, and shewed him all the kingdoms of the world, and the glory of them, And said to him: All these will I give thee, if falling down thou wilt adore me. Then Jesus saith to him: Begone, Satan: for it is written, The Lord thy God shalt thou adore, and him only shalt thou serve. Mt.iv.vii-x.

Ever wonder what future kingdom the devil showed to Jesus Christ Crucified on top that high mountain? I'm thinking one of the kingdons was the future city of Dubai.

Dubai is across the desert from Mecca. Mecca is the geographical location where the devil himself was stuck down to the ground.


And he said to them: I saw Satan like lightning falling from heaven.

Satan had to land somewhere, and that somewhere had to leave some sort of evidence of Satan's fall from Heaven. 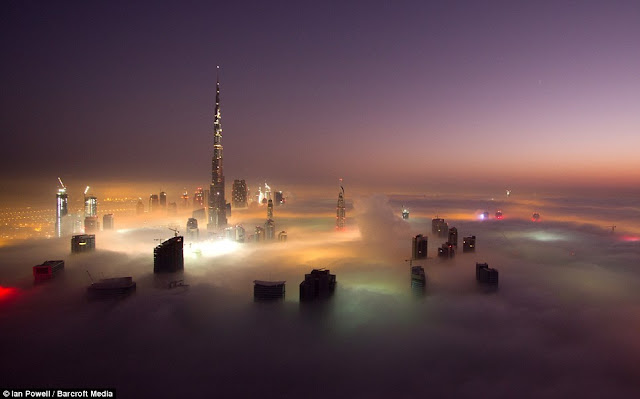 Satan's City Of Dubai In Darkness

And the devil led him into a high mountain, and shewed him all the kingdoms of the world in a moment of time; And he said to him: To thee will I give all this power, and the glory of them; for to me they are delivered, and to whom I will, I give them. If thou therefore wilt adore before me, all shall be thine. And Jesus answering said to him: It is written: Thou shalt adore the Lord thy God, and him only shalt thou serve.  Lk.iv.v-viii.

Where did Satan fall? probably the same place where all the devilish Muslims go on pilgrimage - to Mecca! 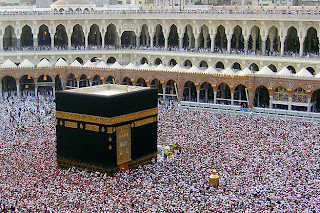 
Simple case can be made that Mecca is the place where Satan fell to the ground from Heaven. Below is the post from 2011 making the case that Mecca is Satan's footprint.

How close does the false and lying prophet Muhammad follow in the footsteps of his master the devil? Pretty close.

The Second Person of the Blessed Trinity told us that Satan had the properties of lightning when he was cast down.

It has been said by those who follow the demented prophet, that Muhammad rode lightning from Mecca to Jerusalem during his night journey, this is mentioned in Al-Isra, of the Qur'an.

Here is the lie of mad Muhammad's flight on lightning from Mecca to Jerusalem and back again:


Glory to (Allah) Who did take His servant for a Journey by night from the Sacred Mosque to the farthest Mosque, whose precincts We did bless,- in order that We might show him some of Our Signs: for He is the One Who heareth and seeth (all things). —Qur'an, sura 17 (Al-Isra) 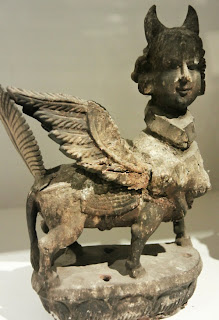 Here is the description of the beast that mad Muhammad rode across the sky called lightning:


"...Then a white animal which was smaller than a mule and bigger than a donkey was brought to me." ... "The animal's step (was so wide that it) reached the farthest point within the reach of the animal's sight. ..." —Muhammad al-Bukhari, Sahih al-Bukhari

This story of Muhammad riding lightning from the east to the west apes the coming of Jesus Christ:


For as lightning cometh out of the east, and appeareth even into the west: so shall the coming of the Son of man be. Mt.xxiv.xxvii.

Not only to the Muslim devils ape the Second Person of the Blessed Trinity, the Muslims always involve the Archangel Gabriel in their bizarre stories of the false and lying prophet Muhammad.

Here the Muslims included the Archangel Gabriel in the story of al-Burāq:


Then he [Gabriel] brought the Buraq, handsome-faced and bridled, a tall, white beast, bigger than the donkey but smaller than the mule. He could place his hooves at the farthest boundary of his gaze. He had long ears. Whenever he faced a mountain his hind legs would extend, and whenever he went downhill his front legs would extend. He had two wings on his thighs which lent strength to his legs. He bucked when Muhammad came to mount him. The angel Jibril (Gabriel) put his hand on his mane and said: "Are you not ashamed, O Buraq? By Allah, no-one has ridden you in all creation more dear to Allah than he is." Hearing this he was so ashamed that he sweated until he became soaked, and he stood still so that the Prophet mounted him.

I'm sure Archangel Gabriel is a little miffed (if an angel can be miffed) that Muslims lie about him and involve him in their bizarre and hellish stories.

No, the beast is more like the hellish Pazuzu depicted in the movie Exorcist: 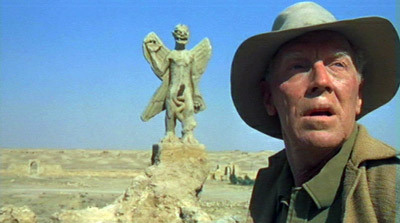 The hellish beast Pazuzu is more like it - this is the devil - and this is the beast that gave Muhammad a ride from east to west just like lightning.

So much for a simple refutation of the stories that arise from the pit of hell about the false and lying prophet Muhammad.

Now for the recent fire that engulfed one of high rise luxury apartments in the Muslim city of Dubai: 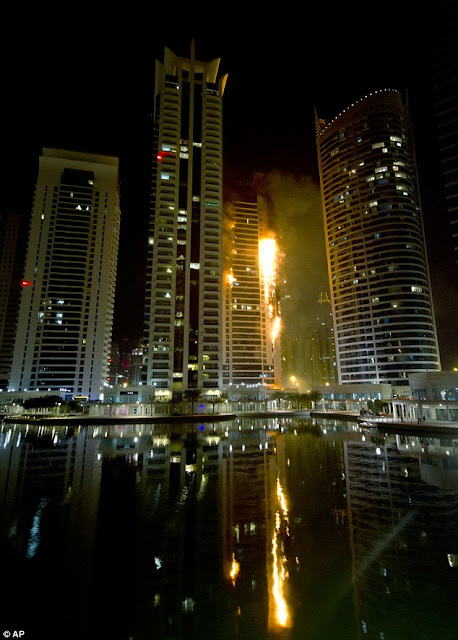 For the complete story and a video of the blaze: