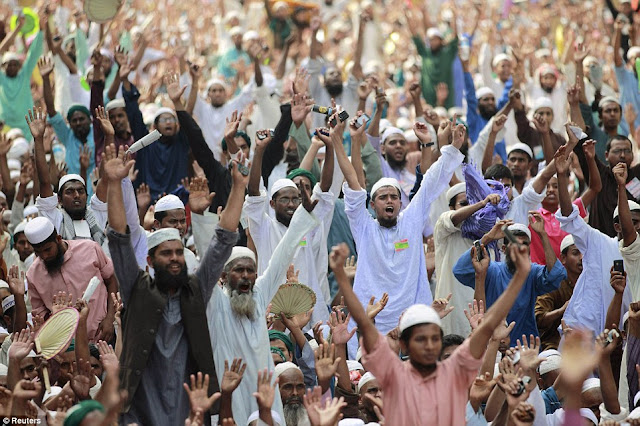 Know that the vessel which the serpent broke
Was, and is not; but let him who is guilty
Think that God's vengeance does not fear a sop.

Without an heir shall not for ever be
The Eagle that left his plumes upon the car,
Whence it became a monster, then a prey;

For verily I see, and hence narrate it,
The stars already near to bring the time,
From every hindrance safe, and every bar,

Within which a Five-hundred, Ten, and Five,
One sent from God, shall slay the thievish woman
And that same giant who is sinning with her.

And peradventure my dark utterance,
Like Themis and the Sphinx, may less persuade thee,
Since, in their mode, it clouds the intellect;

But soon the facts shall be the Naiades
Who shall this difficult enigma solve,
Without destruction of the flocks and harvests.

Note thou; and even as by me are uttered
These words, so teach them unto those who live
That life which is a running unto death;
Purgatorio xxxiii.


This is the only blog allowed to effectively attack Muhammad. No other blog has the blessing from the Blessed Trinity to take on this task. If however you have the ability to raise the Divinely Ordained Authority of the Holy Roman Emperor from the ruins, then you too are allowed to mock Muhammad -  but if you only mock Muhammad to promote the errors of evangelical protestantism or the insanity of modern democracy - or even what passes for the insipid and perverted brand of Vatican II Catholicism - then give place. No solutions = no action = no restoration of all things in Christ.

How vulgar a thing it is to defend the sensuality of Vatican II Catholicism (makes a man grow flabby tits - it does, it does! - ask Markey Shea or Jimmy Akin etc.) or errors of evangelical protestantism and it's whore of a sister - modern democracy. I do not care be associated with either - nor would Dante Alighieri.

Better to make a party of one.

And that which most shall weigh upon thy shoulders
Will be the bad and foolish company
With which into this valley thou shalt fall;

For all ingrate, all mad and impious
Will they become against thee; but soon after
They, and not thou, shall have the forehead scarlet

Of their bestiality their own proceedings
Shall furnish proof; so 'twill be well for thee
A party to have made thee by thyself.
Paradiso xvii 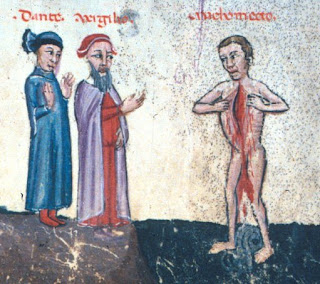 See how I rend myself, see how mangled is Mohammed!
Inferno xxviii.