Response To Those Papal Idolaters Of Francis: Why Trouble You The Woman? For She Has Wrought A Good Work Upon Me 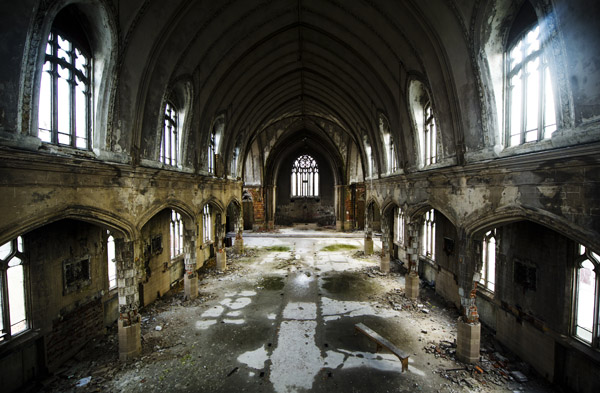 Gutted To Give To The Poor

“Italy will be punished for her ambition in wanting to shake off the yoke of the Lord of Lords. And so she will be left to fight a war; blood will flow on all sides. Churches will be locked up or desecrated. Priests and religious orders will be hunted down, and made to die a cruel death. Several will abandon the faith, and a great number of priests and members of religious orders will break away from the true religion; among these people there will even be bishops.Our Lady of La Salette 19 Sept. 1846 (Published by Mélanie 1879)


For those thick headed new mass goers who love all things ugly and just do not care about the rubrics of the mass and always put themselves and their neighbor above God - know this - you are nothing but a type of Judas. Always complaining when something is done for the love of God.

Francis is your pope (for now) and he is a man after your own heart. This pope wants to simplify things? Meaning he wants to destroy all that is good and holy in the church. If it was dedicated to God prior to Vatican II then it must be destroyed out of respect for the poor.

The pope has not started on his wrecking mission - yet.

But before he does the pope needs idolaters to defend his attack on the beauty in the church.

Francis' idolaters claim to have the upper hand in the argument that the poor must be given a place higher than their current dignity allows.

Many traditionalists caught on to the fact that pope Francis is a type of Judas found in the passages of scripture describing the scene of Judas demanding that the alabaster box of precious ointment be sold for the poor, and not wasted on the Saviour.

This is the tactic of those papal idolaters to give to the poor at the expense of God.

Call this a false charity.

"Oh look how generous these papal idolaters are by caring for the poor at the expense of God!"

"Oh what great kindness is show to the poor by selling off church assets to give the proceeds to the poor"  etc.....

Problem is that the beautiful works of art found in all the churches built prior to 1960 do not belong to you papal idolaters to sell. Do you understand this?

I have to bring this up because I do believe there is a concerted effort by the idolaters of the pope to sell the treasure of the church to give to the "poor" Time will tell if these evil doers will carry out their nefarious plans.

Being the idolaters that they are, they will never be able to use the words of God to defend their poor and humble pope.

Please pay attention to these words:

Why Trouble You The Woman? For She Has Wrought A Good Work Upon Me

Why do you papal idolaters trouble the Traditionalists? For they have wrought a good work upon me.

Why do you gut and close all those beautiful churches built to honor Jesus Christ Crucified?

"To feed the poor"

Judas losses in the end.