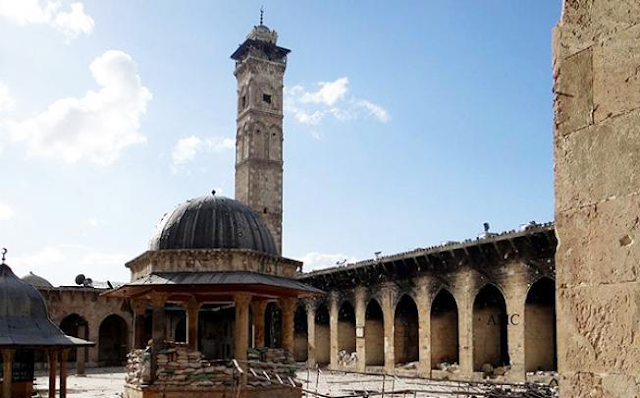 Drop Your Bombs Between The Minarets

Wow! Everything is going to hell - that is the reason for all the Evil Portent posts on this blog - too many of them you say? Agreed, but every once in a while the Blessed Trinity sends a good omen or two, usually the omen is sent directly from Heaven so as not to give credit to men.

This time the good omen took place in Aleppo when the 12th century minaret collapsed.

Now for those who do not know or even understand Roman Catholics like to pray in quiet surroundings - it has always been this way, regardless of what those demented new mass goers tell you, who love all the distractions during the new mass, even crying babies see here.

But the new mass is not the way it's always been. Believe it or not there is silence during prayers and during mass. Silence is necessary to communicate with God.  New mass goers do not understand silence. 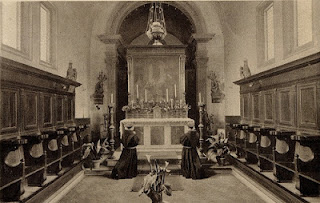 So please understand that Roman Catholics like silence when communicating with God. We do not like to be disturbed.

The devil and his demons also know the importance of silence during Catholic prayers, and this is why the devil tries to disrupt the prayers of the faithful with noise etc. The devil is set out to disturb the silence of prayer and adoration.

Now before I go further understand the prayer practices of Roman Catholics from the beginning.

These are the set times the faithful pray - the laity and clerics alike:
The devil know the times the monk set out to pray. So enter the false and lying prophet Muhammad and his mad followers who were hell bent on destroying the peace and quiet.

Nothing against modern music - I like the Clash - just not during mass or prayers:

For instance the Muslim "prayer" times for Aleppo are as follows:
As you can see the Roman Catholics have been praying eight times a day for over 2000 years and the Muslims rant six times a day in between the set prayer times of the Catholics. Catholics go to prayer and then have to listen to the hellish rants from the minarets. When you are trying to communicate with God and you hear shouts from the minarets you may be somewhat disturbed. Now did the Muslims back in the day keep to the same set "prayer" times like clock work that they do today? Probably not, as a matter of fact the shouts from the minarets were done just as the monks and faithful entered the Churches to honor Jesus Christ Crucified. Nasty little devils the Muslims are.

This is the purpose for the minarets. To disrupt the prayers off their faithful Catholic neighbors. Now that most of the Catholics have been killed and chased out of the Muslim lands the minarets do not serve the purpose that they once did. 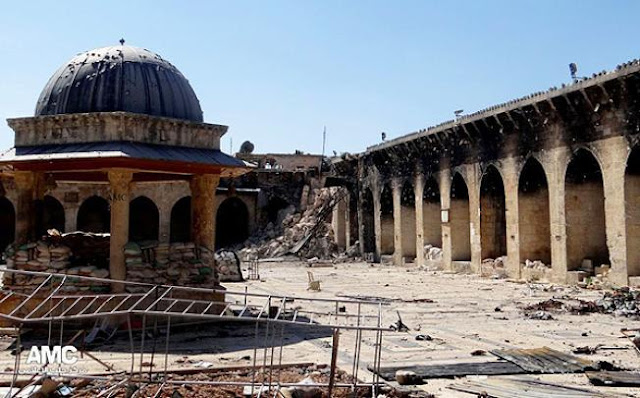