Science Confirms Fire Of Hell Is Hotter Than Any Fire Found On The Surface Of The Earth! Hellfire Is As Hot As The Sun! 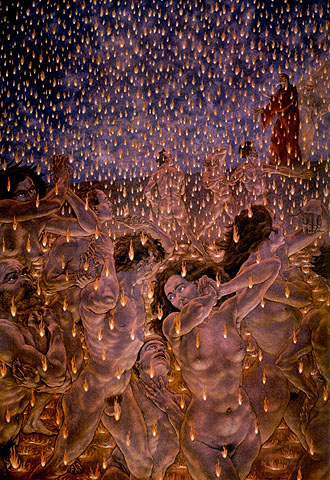 A candle burns at 760 Fahrenheit.

Scientist now confirm that the core of the earth burns at 10,000 Fahrenheit the same as the sun.

Ever get burned cooking? Too hot isn't it?

Many saints have said that the fires of hell are hotter than any fire found in this world.


'The natural fire that we see during this life has great power to burn and torment. Yet this is not even a shadow of the fire of Hell. There are two reasons why the fire of Hell is more dreadful beyond all comparison than the fire of this life.

The first reason is the justice of God, which the fire serves as an instrument in order to punish the infinite wrong done to his supreme majesty, which has been despised by a creature. Therefore, justice supplies this element with a burning power, which almost reaches the infinite. . .

The second reason is the malice of sin. As God knows that the fire of this world is not enough to punish sin, as it deserves, He has given the fire of Hell a power so strong that it can never be comprehended by any human mind. Now, how powerfully does this fire burn?

A most dreadful fact is that by the divine power this fire goes so far as to work on the very faculties of the soul, burning them and tormenting them. Suppose I were to find myself placed at the oven of a smith so that my whole body was in the open air but for one arm placed in the fire, and that God were to preserve my life for a thousand years in this position. Would this not be an unbearable torture? What, then, would it be like to be completely penetrated and surrounded by fire, which would affect not just an arm, but even all the faculties of the soul?  St. Anthony Mary Claret

Now science has confirmed what the saints of old have been telling us along. The fires of hell are hotter than anyone can imagine.

Meditating on hell is a very good practice for keeping one in a state of grace. Remember that next time your burn your hand when cooking - always a good practice.

So the divine fire in the pit of hell is now a topic with scientists, only the scientists call hell fire - the core of the earth. Here is a depiction: 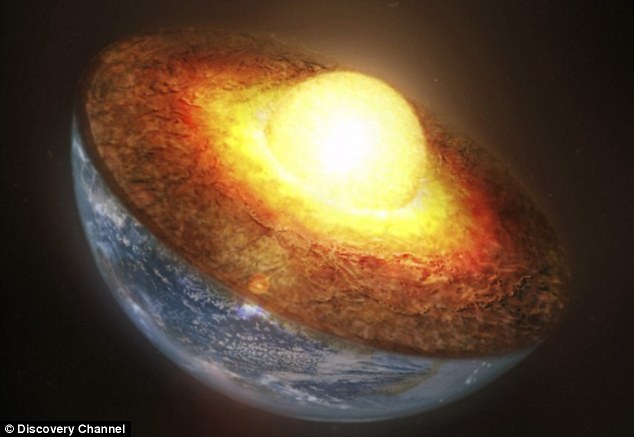 Core Of The Earth Burns As Hot As The Sun

'That fire is more deadly than any which man can suffer in this life.' St. Augustine

'But as to what I then felt, I do not know where to begin, if I were to describe it; it is utterly inexplicable. I felt a fire in my soul. I cannot see how it is possible to describe it. My bodily sufferings were unendurable. I have undergone most painful sufferings in this life, and, as the physicians say, the greatest that can be borne, such as the contraction of my sinews when I was paralysed, without speaking of others of different kinds, yea, even those of which I have also spoken, inflicted on me by Satan; yet all these were as nothing in comparison with what I felt then, especially when I saw that there would be no intermission, nor any end to them.

These sufferings were nothing in comparison with the anguish of my soul, a sense of oppression, of stifling, and of pain so keen, accompanied by so hopeless and cruel an infliction, that I know not how to speak of it. If I said that the soul is continually being torn from the body, it would be nothing, for that implies the destruction of life by the hands of another but here it is the soul itself that is tearing itself in pieces. I cannot describe that inward fire or that despair, surpassing all torments and all pain. I did not see who it was that tormented me, but I felt myself on fire, and torn to pieces, as it seemed to me; and, I repeat it, this inward fire and despair are the greatest torments of all. St. Therese of the Child Jesus 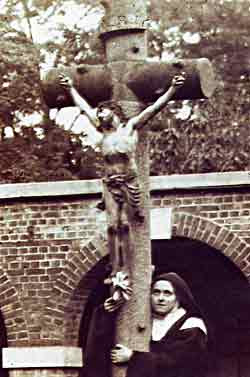 “I have only to open the Holy Gospels and at once I breathe the perfume of Jesus’ life, and then I know which way to run; and it is not to the first place, but to the last, that I hasten…. I feel that even had I on my conscience every crime one could commit… my heart broken with sorrow, I would throw myself into the arms of my Saviour Jesus, because I know that he loves the Prodigal Son”