Massive Solar Flares And Solar Superstorms To Hit The Earth? No One Expects The Sun To Darken! It Is Time; The Sun Is Darkening; Only Faith Will Survive 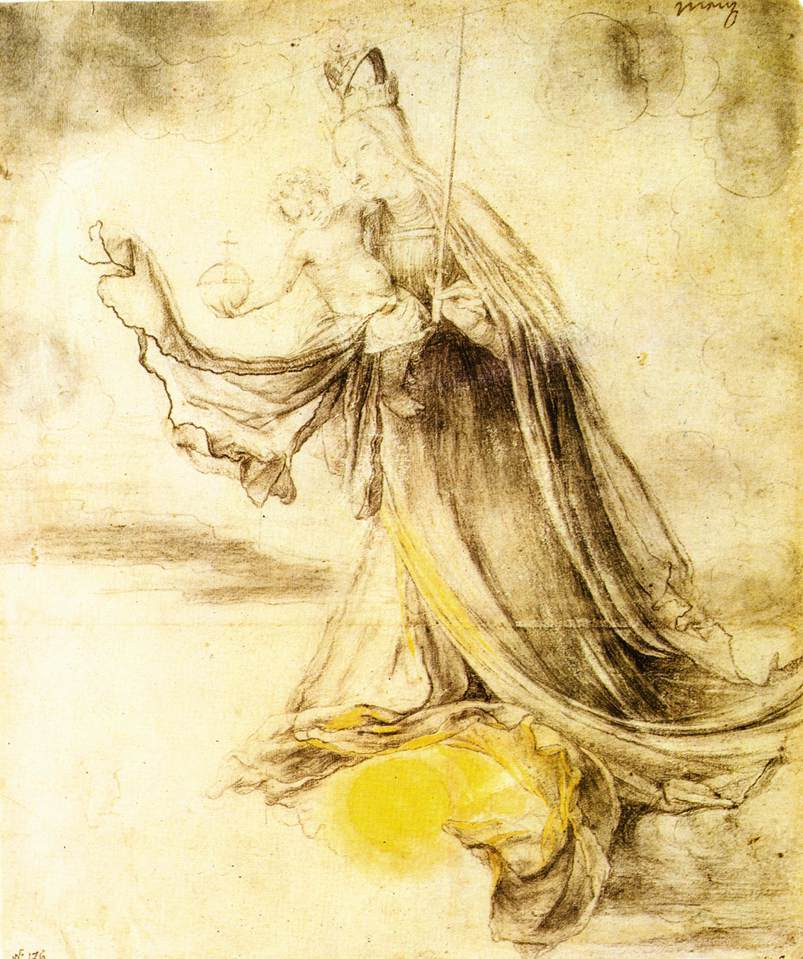 GRÜNEWALD, Matthias
Mary with the Sun below her Feet
c. 1520


The very last words of the message of La Salette. Pay attention.  What does the Blessed Mother mean by these words? Will the sun really turn off its light and go dark?

If anyone understands the Sun it is the Blessed Mother. At Fatima the miracle of the sun  took place 13 October 1917 one of the eye witness accounts is described here:

"It must have been 1:30 p.m when there arose, at the exact spot where the children were, a column of smoke, thin, fine and bluish, which extended up to perhaps two meters above their heads, and evaporated at that height. This phenomenon, perfectly visible to the naked eye, lasted for a few seconds. Not having noted how long it had lasted, I cannot say whether it was more or less than a minute. The smoke dissipated abruptly, and after some time, it came back to occur a second time, then a third time

"The sky, which had been overcast all day, suddenly cleared; the rain stopped and it looked as if the sun were about to fill with light the countryside that the wintery morning had made so gloomy. I was looking at the spot of the apparitions in a serene, if cold, expectation of something happening and with diminishing curiosity because a long time had passed without anything to excite my attention. The sun, a few moments before, had broken through the thick layer of clouds which hid it and now shone clearly and intensely.

"Suddenly I heard the uproar of thousands of voices, and I saw the whole multitude spread out in that vast space at my feet...turn their backs to that spot where, until then, all their expectations had been focused, and look at the sun on the other side. I turned around, too, toward the point commanding their gaze and I could see the sun, like a very clear disc, with its sharp edge, which gleamed without hurting the sight. It could not be confused with the sun seen through a fog (there was no fog at that moment), for it was neither veiled nor dim. At Fatima, it kept its light and heat, and stood out clearly in the sky, with a sharp edge, like a large gaming table. The most astonishing thing was to be able to stare at the solar disc for a long time, brilliant with light and heat, without hurting the eyes or damaging the retina. [During this time], the sun's disc did not remain immobile, it had a giddy motion, [but] not like the twinkling of a star in all its brilliance for it spun round upon itself in a mad whirl.

"During the solar phenomenon, which I have just described, there were also changes of color in the atmosphere. Looking at the sun, I noticed that everything was becoming darkened. I looked first at the nearest objects and then extended my glance further afield as far as the horizon. I saw everything had assumed an amethyst color. Objects around me, the sky and the atmosphere, were of the same color. Everything both near and far had changed, taking on the color of old yellow damask. People looked as if they were suffering from jaundice and I recall a sensation of amusement at seeing them look so ugly and unattractive. My own hand was the same color.

"Then, suddenly, one heard a clamor, a cry of anguish breaking from all the people. The sun, whirling wildly, seemed all at once to loosen itself from the firmament and, blood red, advance threateningly upon the earth as if to crush us with its huge and fiery weight. The sensation during those moments was truly terrible. "All the phenomena which I have described were observed by me in a calm and serene state of mind without any emotional disturbance. It is for others to interpret and explain them. Finally, I must declare that never, before or after October 13 [1917], have I observed similar atmospheric or solar phenomena."

Our Lady of Fatima told the children before hand that a miracle would take place - it did and over 70,000 souls witnessed the miracle of the Sun.

Not to be out done by the Miracle of the Sun orchestrated by the Blessed Mother of God at Fatima many godless modern day scientists like to make their predictions of what will happen to the Sun.

The godless predictions are scary, very scary - most of these predictions or godless prophecies have to do with all our electronic devices - whether or not they will be fried in the next massive solar flare up! That's all these godless scientists concern themselves with is whether all our shit shot into lower earth orbit will be destroyed by the Sun!

So let's play a game of keeping track of who is right about the Sun:

Who is the better prophet? godless twits or the Mother of God?

I do this to piss off one man - the forerunner to the antichrist - to belittle the stupid little nasty man.

And of course for the greater glory of the Blessed Trinity - but a word of warning to some who may take a few upcoming terrifying events as evidence that the scientists are right and it has to do with these words of Our Lady:


The fire of Heaven will fall and consume three cities. Our Lady of La Salette 19 Sept. 1846 (Published by Mélanie 1879)

This fire is from heaven it is not from the sun. So let's get that straight. So, no, the godless scientific twits do not win. None of them have ever considered that an actual flame of fire from a solar flare will travel to the earth to target three specific cities. No - no credit to the godless scientist for predicting this fire from heaven.

Who is in heaven? St. Michael. Oh and so is his sword and what is the purpose of the sword from heaven?


After the two parts which I have already explained, at the left of Our Lady and a little above, we saw an Angel with a flaming sword in his left hand; flashing, it gave out flames that looked as though they would set the world on fire; but they died out in contact with the splendour that Our Lady radiated towards him from her right hand: pointing to the earth with his right hand, the Angel cried out in a loud voice: ‘Penance, Penance, Penance!'. Fatima Third Secret

Looks as though the sword would set the world on fire - well maybe not the world - just three targeted cities - targeted for special loving attention from the sword of St Michael. 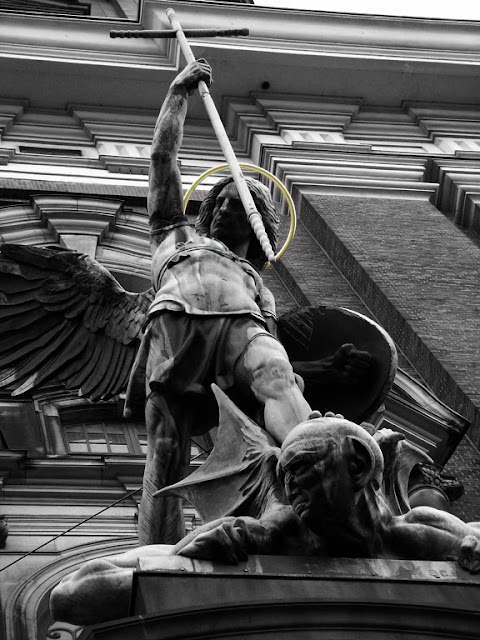