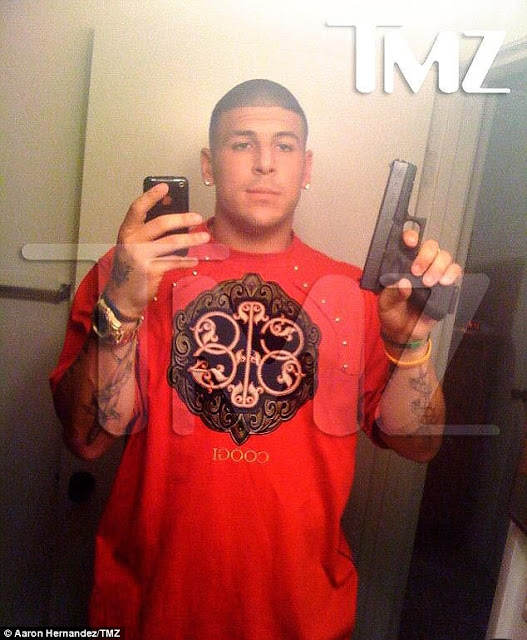 Here's the story on the gun tottin' dumb ass:

When will Catholic men realize that obsession with guns is a fault - maybe minor? unless of course you kill another to prove a point then it becomes a major fault - a sin.

More guns than crucifixes I bet.

Stockpiling weapons is not part of Roman Catholic Tradition - just the opposite - If you do not understand this then you are lost.

Many demented wrong headed morons believe that there is a power in carrying a gun.

I know there is more power in making the sign of the Cross in public.

I know there is more power in holding a crucifix

The sign of the Cross will conquer the world!

The Crucifix will crush modern democracy!

Guns will not conquer anything but yourself!

Millions of faithful Roman Catholic men owning a gun has not changed the mind of men who have set out to destroy the faith and morals of Holy Roman Catholic Church. Gun ownership has not stopped the destruction of the last fifty years.

Picking up a gun is a protestant virtue that bears no fruit. No nation state is terrified by gun ownership of its citizens - this is a myth. (nation states have bigger guns than the populace - you should understand this - Joseph Stalin trumps Smith & Wesson any day.)

Every nation is afraid of the Crucifix.

Do you understand this?

The men and women making their way up a steep mountain only to be martyred by the forerunner to the Antichrist understand this:

Those martyred by the forerunner to the Antichrist are not carrying guns - these future martyrs defend themselves only with the sign of the Cross and the Crucifix - they all die of course.

Put down your gun and pick up a Crucifix!

"I protest highly against a different text, which people may dare publish after my death. I protest once more against the very false statements of all those who dare say and write First that I embroidered the Secret; second, against those who state that the Queen Mother did not say to transmit the Secret to all her people." Melanie