Pope Francis Would Rather Blame Money Grubbing Jews For Famine Rather Than To Lay The Blame On The Sinful Actions Of The Priests!

Money Grubbing Jews
Cause Of Famine?

"The earth will be struck by calamities of all kinds (in addition to plague and famine which will be wide-spread)." Our Lady of La Salette 19 Sept. 1846 (Published by Mélanie 1879)

"Woe to the inhabitants of the earth! There will be bloody wars and famines, plagues and infectious diseases." Our Lady of La Salette 19 Sept. 1846 (Published by Mélanie 1879)


Pope Francis knows something you don't! He knows who's to blame for all our woes and he hides it from all of you!.

Have any of you noticed that the Pope is always dissing some "bogey man" in his homilies? The Pope never and I mean never looks at the destruction wrought by his buddies in the Vatican and blames the sinful actions of the churchmen for our misery! No! its always someone outside the Church that is to blame - call it - always blame  those outside the church!

This is the mission of Francis to deflect all blame away from the sinful actions of the clergy and put the blame on those outside the priesthood.

Now I am not saying that Francis is not taking shots at those SSPX priests - he is  - and he will step up his attacks everyday its just Francis will not attack his own. And who are his own? Any man who helps him to destroy all that is good and holy in the Church. Those who will carry out the destruction that was stared with the spirit of Vatican II & Paul VI's stripped and barren new mass.

So if you love the spirit of Vatican II & the stripped and barren new mass then you're loved by Francis the Destroyer.

If on the other hand you love the Blessed Trinity and all that God has done for the bride of Christ - then you would be an enemy of Francis the Destroyer!

You are in one camp or the other camp. There is no middle ground.

Our Lady already told us what are the causes of famine - She told this to us back in 1846. Our Lady knowing that a future Francis would put a spin on the damage done by the wickedness of the priests - these same priests that behave like locusts that rose up out of the smoke from the pit of Vatican II to devourer everything holy in their path!


And from the smoke of the pit there came out locusts upon the earth. And power was given to them, as the scorpions of the earth have power:

These dreaded locusts have laid waste to all that is holy in the church. This plague of locusts left nothing untouched - they destroyed art, Churches, altars, doctrine, music and souls. 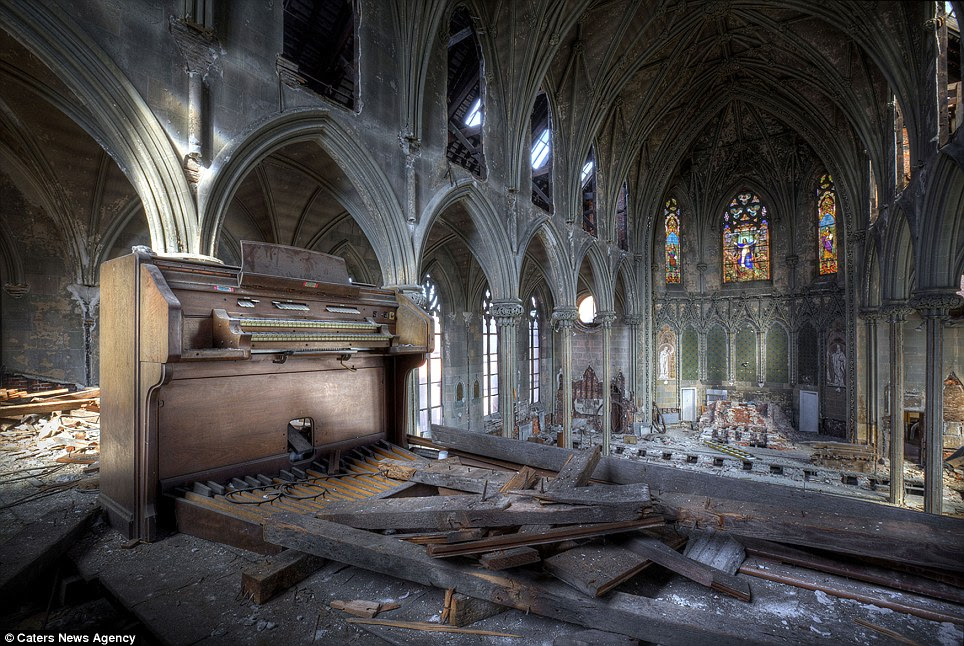 And Pope Francis puts a smiley face on all of it! That's his job. 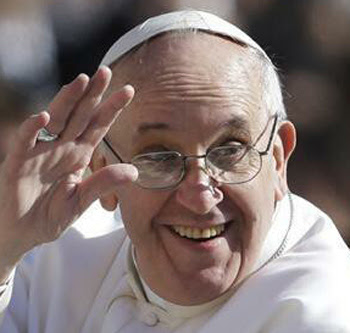 So what misleading accusations fell from the lips of Francis this time around? On June 20, 2013 Francis spoke at the 8th conference of the United Nations Food and Agriculture Organization (FAO) during a meeting at the Vatican.

Here is his complaint:


It is a well-known fact that current levels of production are sufficient, yet millions of people are still suffering and dying of starvation. This is truly scandalous.

Here is the cause according to Francis:
What is to be done?


There is likewise a need to combat the corruption which creates privileges for some and injustices for many others.

So world starvation is caused by the corrupt rich! Let me understand this - a rich man wants $$$ so he stockpiles food supply for himself so that his customers die of starvation? Is that how it works? Kill off your client base so that you can become rich?

OK that's the way the world works according to Pope Francis - world starvation is caused by greedy laymen. But Our Lady said that famine is caused by the sinful life of the Priests. Our Lady did not mention bad economic policies leading to starvation - but simply sin. Sin is the cause. Not economics. But what kind of sin? Avarice? OK sure but by whom? Again the avarice of the priests are what causes our misery.

Our Lady said that "by their love of money, their love of honors and pleasures, and the priests have become cesspools of impurity. Yes, the priests are asking vengeance, and vengeance is hanging over their heads. Woe to the priests and to those dedicated to God who by their unfaithfulness and their wicked lives are crucifying my Son again! The sins of those dedicated to God cry out towards Heaven and call for vengeance, and now vengeance is at their door, for there is no one left to beg mercy and forgiveness for the people. There are no more generous souls; there is no one left worthy of offering a stainless sacrifice to the Eternal for the sake of the world. God will strike in an unprecedented way. Woe to the inhabitants of the earth! God will exhaust His wrath upon them and no one will be able to escape so many afflictions together."

Wow! strong stuff! Nothing really in there about money grubbing Jews. But let's humor the Pope and say that famine or world starvation is solely caused by rich bastards wanting more and more - Do any of you understand that God's Providence takes care of everyone including those rich and greedy bastards that Pope Francis hates so much - Here from the lips of God Himself on what lies in store for those greedy laymen:

The land of a certain rich man brought forth plenty of fruits. And he thought within himself, saying: What shall I do, because I have no room where to bestow my fruits? And he said: This will I do: I will pull down my barns, and will build greater; and into them will I gather all things that are grown to me, and my goods. And I will say to my soul: Soul, thou hast much goods laid up for many years take thy rest; eat, drink, make good cheer. But God said to him: Thou fool, this night do they require thy soul of thee: and whose shall those things be which thou hast provided?

Pretty straight forward - God will take care of any injustice in His own time.

Not saying that one should just sit back and do nothing - no. But one can do what is in his power to do. Do you understand this simple lesson? - do what you can - what is within your power to do. Very simple lesson.

But Francis does not understand this simple lesson.

How could he? He wants us to believe that the world's ills are the cause of businessmen and corrupt politicians and he thinks that he can change their greedy little hearts by pleading with them to make things right - this is the reason for his little discourse to the FAO! Like these worldlings of the FAO will change anything because Francis gave a 15 minute speech?

Again do only what you are allowed to do and do what is in your power!

The Pope has the ability to change everything in the Church for the better - because it is in his power to do so! The Pope can not change economic laws or political institutions, he can not make or break"kings" - this is not in his power!

The Pope can abolish the stripped and barren Mass of Paul VI and he can defrock all the homos  and he can return to the traditions of our fathers and he can crush the nonsense called the spirit of Vatican II!

That's in his power to do!

Giving speeches to some UN body is not going to make things right before God. Francis needs to do what he is allowed to do - abolish the mass of Paul VI and rid the Church of homos and perverse doctrine!

But you know and I know he will not. And because he will not we will all suffer for it! Including suffering by famine and plagues etc..

Its really the Pope's fault for the mess we find ourselves in, not some economic system.

Francis will not right things before God because Francis is the Destroyer!