Asking Blessed Karl of Austria and Empress Zita To Pray For Modern Democracy?? The Height Of Folly! 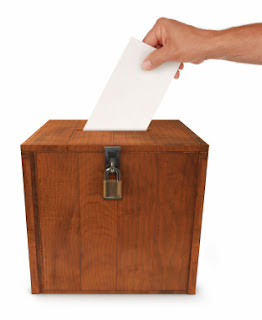 
"People must recite the Rosary every day. Our Lady repeated this in all Her apparitions, as if to arm us in advance against these times of diabolical disorientation, so that we would not let ourselves be fooled by false doctrines, and that through prayers, the elevation of our soul to God would not be diminished."

This is a diabolical disorientation invading the world and misleading souls! It is necessary to stand up to it; and for this purpose you can use what I tell you here. . . " Sr. Lucia

Everything seems hopeless because the majority of Roman Catholics are so dense and most of you are so far gone in your love with casting ballots for lily white protestant political candidates that I don't see how the restoration of all things in Christ is gonna happen from the bottom up - do any of you not understand that Blessed Karl of Austria and Empress Zita have nothing to do with the modern political revolution called modern democracy - do any of realize that it was modern democracy that destroyed what remained of the Divinely Ordained authority of the Holy Roman Emperor and it was modern democracy that put an end to the Hapsburg Empire? Do any of you get this?

No! Apparently not! and I don't see a change a comin'

From the site Les Femmes

The site is created by new mass goers.

One very, very simple observation - you complain about the evil laws created by godless legislators, these are the same legislators that you vote into office every election cycle. Do you understand this very simple truth? NO! you ignore your own hand in the creation of bad laws and bad customs of this land. This I what you do: