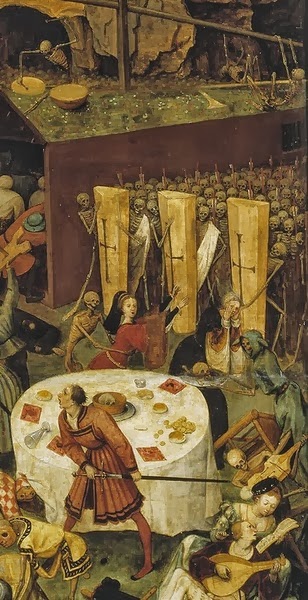 Gird thee with sackcloth, O daughter of my people, and sprinkle thee with ashes: make thee mourning as for an only son, a bitter lamentation, because the destroyer shall suddenly come upon us. Jer.vi.xxvi. 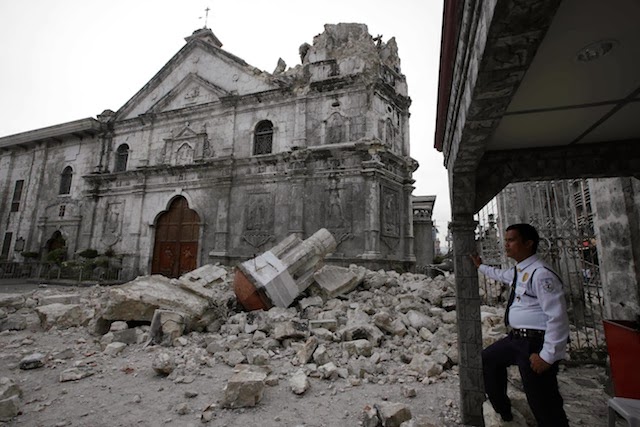 Basilica of the Holy Child following a 7.2-magnitude earthquake that hit Cebu city in central Philippines and toppled the bell tower of the Philippines' oldest church on Tuesday, Oct. 15, 2013. (AP Photo/Bullit Marquez)

What happened this week? It was bad very bad - worse than last week - if you read last weeks post, it was noted how quiet that the 2nd week of October was. This week was  different. Also to be notice was an unusual event - it goes like this:
This is the pattern for the Pope who is the embodiment of evil that is the mess of Vatican II and the stripped and barren new Mass.

Because Pope Francis has made it clear that he will never go back to the way things were - we will all suffer for it. Pope Francis will not correct the mess that is Vatican II and he will not restore the Latin Mass.

Now for what was strange this week. Earthquake struck the Philippines on Monday just four days before Pope Francis was to make a video appearance in the Philippines:


Vatican City, 18 October 2013 (VIS) – Pope Francis has sent a video message to participants in the first Philippine Conference on the New Evangelisation which closes today at the Santo Tomas University in Manila. Delegates from throughout the nation and from various parts of Asia took part in the conference.