“Nature is asking for vengeance because of man, and she trembles with dread at what must happen to the earth stained with crime. Tremble, earth, and you who proclaim yourselves as serving Jesus Christ and who, on the inside, only adore yourselves, tremble, for God will hand you over to His enemy, because the holy places are in a state of corruption. Many convents are no longer houses of God, but the grazing-grounds of Asmodeas and his like. Our Lady of La Salette 19 Sept. 1846 (Published by Mélanie 1879) 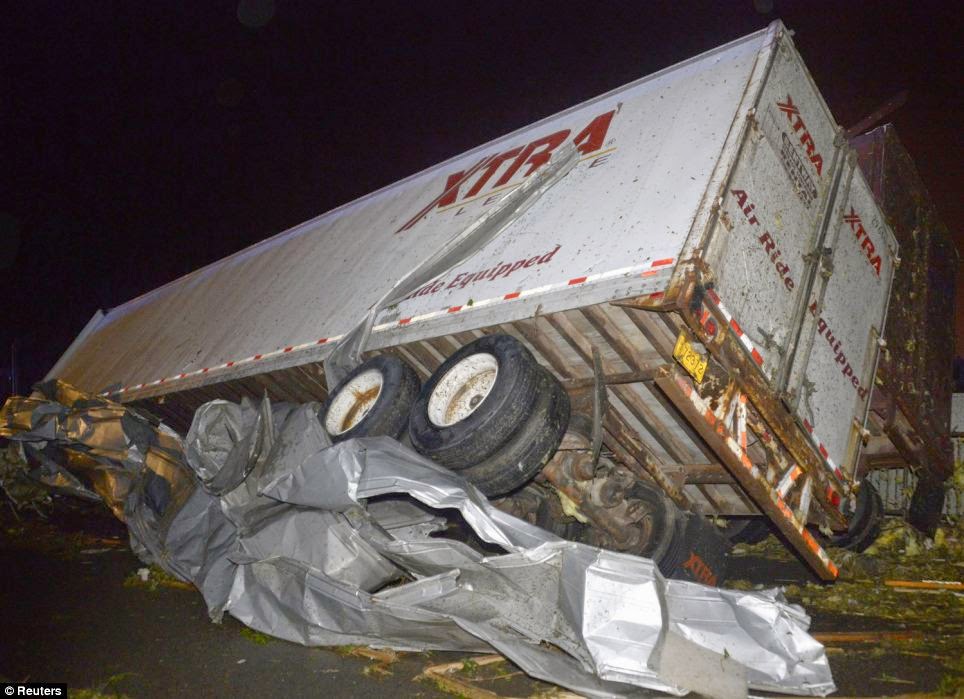 “The earth will be struck by calamities of all kinds (in addition to plague and famine which will be wide-spread).Our Lady of La Salette 19 Sept. 1846 (Published by Mélanie 1879) 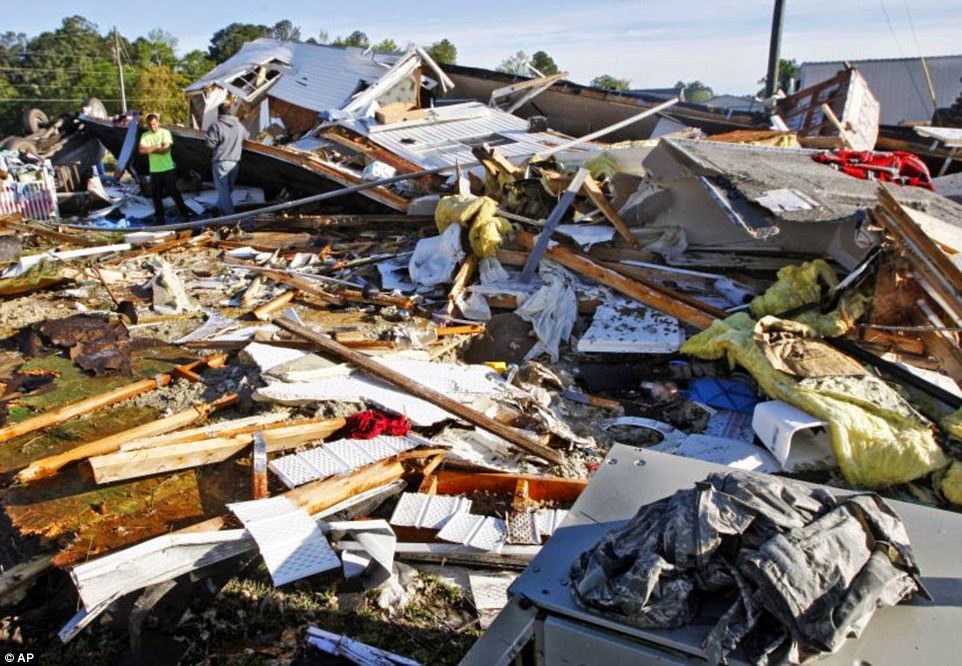 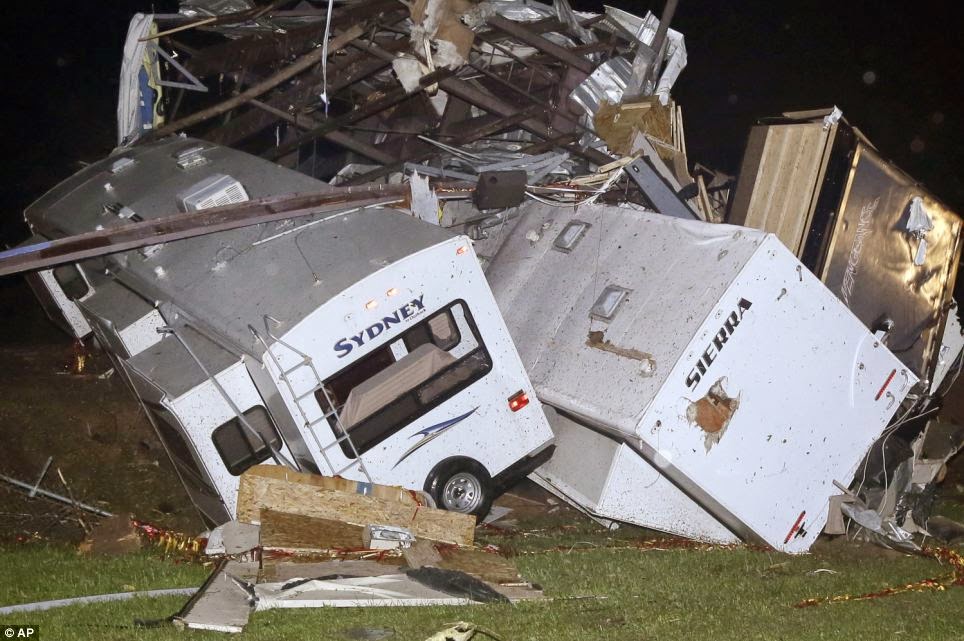 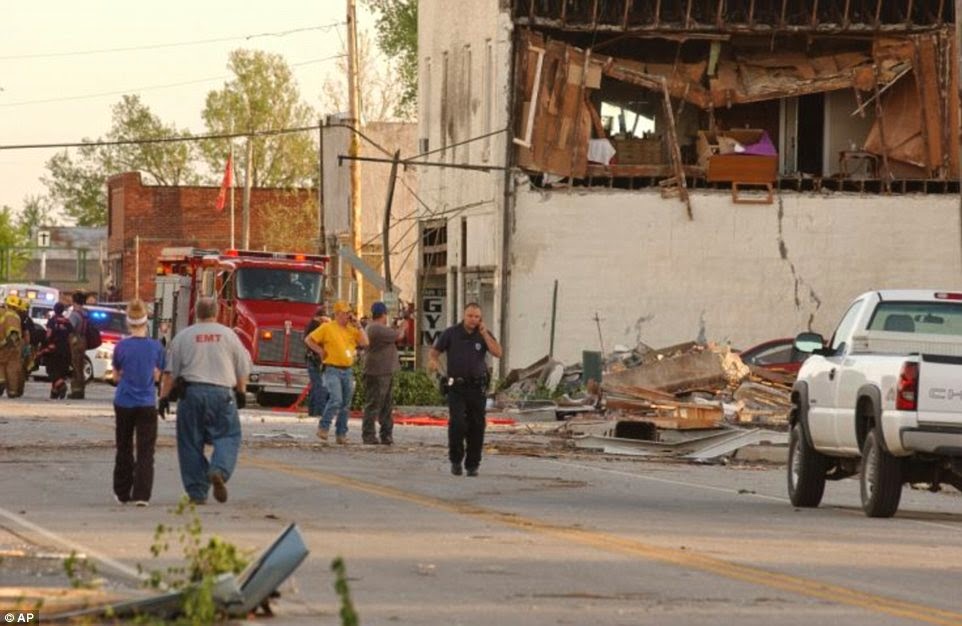 Now that the evil and wicked churchmen have had their day by crowing the two destroyers of the church - JPII & John XXIII a NEW SPRING TIME is now upon the Church and the rest of society:

At least 17 people have died after a powerful storm system spawning several tornadoes tore through the central and southern states last night with experts warning that another hundred are set to hit the central states this week at the start of tornado season. Winds ripped houses off their foundations and flipped cars on top of the rubble in the small town of Vilonia in central Arkansas' Faulkner county, one of the worst-hit communities. Early this morning Arkansas Department of Emergency Management announced the death toll stating the deadly weather had killed seven people in Faulkner County, five people in Pulaski County and one person in White County. Tornado watches - which means twisters could develop but are not an immediate threat - are in effect for states as far west as New Mexico and as far east as Tennessee and the system produced storms that were moving through the region in waves. Watches were also issued for Kansas, Missouri, Mississippi, Nebraska, Iowa, Texas and Louisiana. Quapaw was heavily damaged. 'Looks like about half of town got extensive damage as well as the fire department,' Ottawa County Emergency Management director Joe Morgan said. Daily Mail Read More>>>>>

A NEW SPRING TIME OF DESTRUCTION THAT IS! Hey if you're gonna destroy all thatisgoodand holy in the church God is gonna destroy you....

Welcome to the NEW SPRING TIME OF DESTRUCTION!!!!!