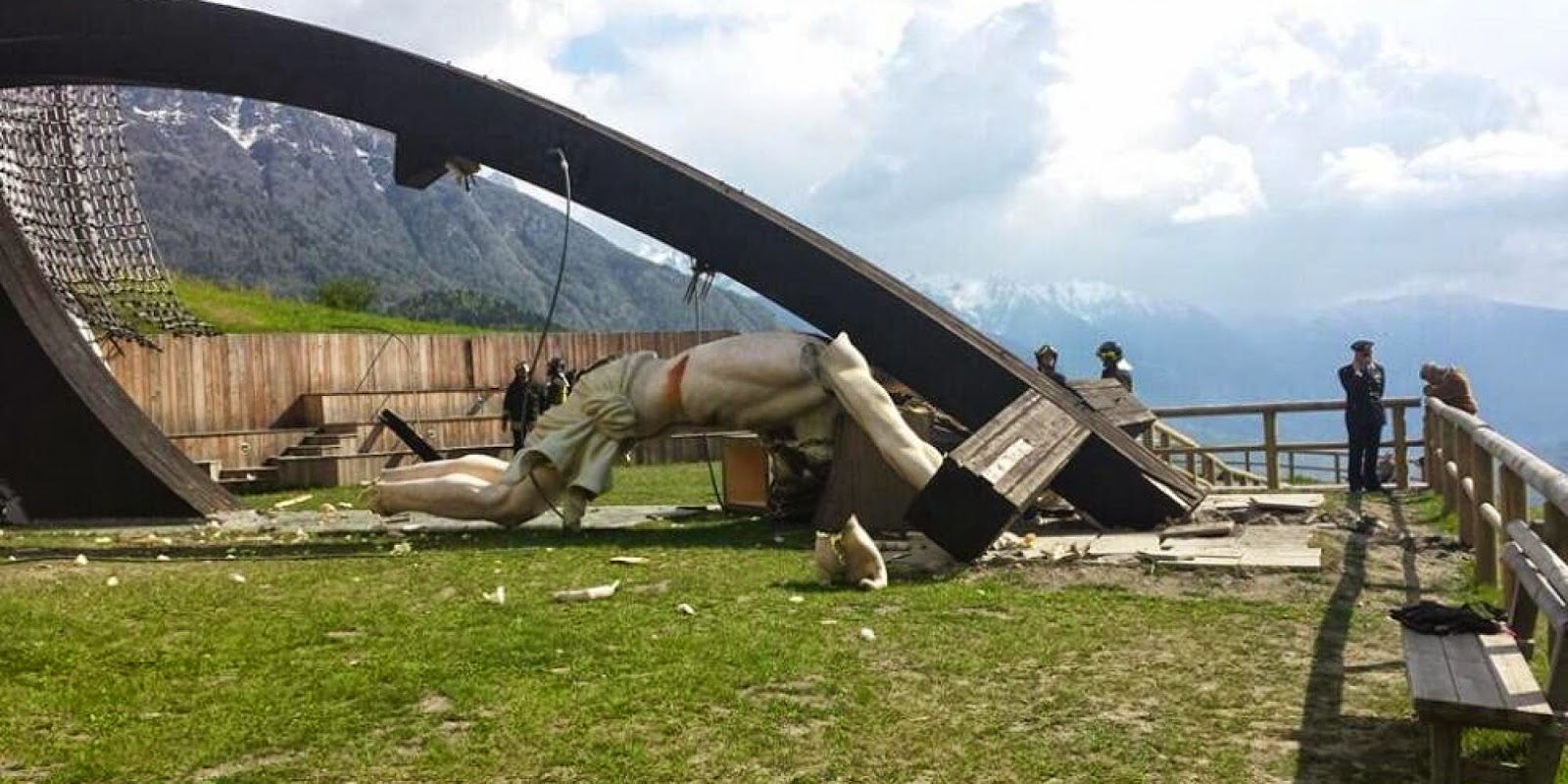 Let him that escapeth be consumed by the rage of the fire: and let them perish that oppress thy people. Crush the head of the princes of the enemies that say: There is no other beside us. Ecclesiasticus 36


(AFP) An Italian man was crushed to death on Wednesday by a giant crucifix honouring John Paul II that collapsed during a ceremony ahead of the late pope's canonisation.

The 30-metre (98-foot) high wooden cross toppled over during the event near the Alpine village of Cevo, killing Marco Gusmini, 21, on the spot. "It is an inexplicable tragedy. A young life, so many hopes, destroyed this way," Cevo mayor Silvio Citroni said.

"The boys ran in every direction when they heard the sound of the wood splintering.

Unfortunately, that poor boy went the wrong way," he said, adding that further celebrations to mark the pope's elevation to sainthood had been cancelled.

Gusmini had a minor motor disability which may have slowed his reaction to the falling cross, Italian media reports said.

The accident happened just three days before John Paul II is declared a saint in the Vatican, along with Italian-born pope John XXIII.

According to the Corriere della Sera daily, Gusmini coincidentally lived with his family on a street named after John XXIII.

The Jesus Christ statue on the cross is six metres high and weighs 600 kilogrammes and the crucifix was curved and fixed to the ground with cables.

Its unusual shape was intended to represent the scars of World War II.

It was designed by sculptor Enrico Job and was created for John Paul II's visit to Brescia in the Lombardy region in northern Italy in 1998. It was installed in a picturesque spot near the village of Cevo in 2005.

"The news has really shaken me. My thoughts go to the poor boy and his family," Job's widow, film director Lina Wertmuller, told Ansa news agency.

"That cross was a great symbol for Italy, a symbol of protection. But all that seems silly in the face of this terrible tragedy," she said.