'Look how the stars shine for us!' Catherine Bore

'No, the stars do not shine for us because we both left our convents' Martin Luther

Two years later the familyn is still looking for answers:

Police in Singapore destroyed two pieces of evidence tied to the death of Shane Todd, whose body was found in his apartment there in June 2012, according to the American engineer's family. The 31-year-old's parents, Rick and Mary Todd, have for months been demanding the Singapore government return the hand-made noose and towel around their son's neck when his body was discovered by his girlfriend hanging from his bathroom door. The authorities there deemed the incident a suicide yet the towel and the noose - made from a computer bag strap - contained the DNA of two unknown people, according to official reports. Daily Mail Read More>>>>>


American electronics engineer quit his job of 18 months with the Institute of Microelectronics. Singapore Police found his body two days later hanging from his bathroom door (24 June 2012). Dr. Todd was hung by a noose that was attached by a pulley to a contraption that was bolted to bathroom wall. His story here


Co-workers say the man was depressed for a very long time and his apartment was a mess when the police found him. The man died by suicide according to Singapore Police. The parents disagree, they say he was murdered by Chinese spies.

The engineer was working on GaN technology before he quit his job.

Cause of death - Autoerotic Asphyxiation.

Many men have gone out this way. The most notable and recent case being movie actor David Carradine: 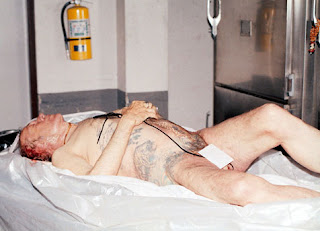 
The death of movie actor David Carradine by means of autoerotic asphyxiation (AEA) brings to mind other famous people who died the same way.

And of course the one that I remember that made news back in the late 80's was INXS singer Michael Hutchence. This was the only AEA case I knew of. 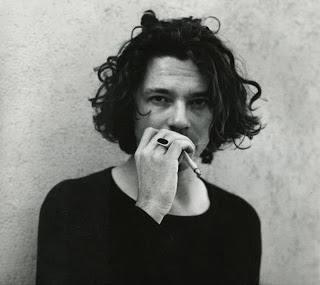 The details of Hutchence death are similar to Dr. Todd's death. Both men were extremely depressed. Hutchence's last words to a lady friend on voice mail were "Marth, Michael here. I've fucking had enough".

The police ruled it a suicide. Both cases of Dr Todd and Hutchence point to death by autoerotic asphyxiation (AEA).  Both men hung themselves on the door. Carridine hung himself in a closet.

Another famous case of death by autoerotic asphyxiation (AEA) was arch-heretic Martin Luther. I read a contemporaneous account of Martin Luther's death that was written in the late 1500's just a few years after his death.

'one of Martin Luther's nun wives murdered him by strangling Martin Luther with the bed sheets tied to the bed post' This account I think can be found in Luther’s life, 1624, by John Brereley but I am uncertain if this was the actual volume, it has been awhile since I read the work.

'what he was doing was simply fun and relaxing for him.' - Gail Jensen Both of these men Martin Luther & David Carradine were immoral degenerates….

'It was a Hollywood thing' Gail Jensen
Email Post