End Of The Empire By: Br. Clement Dickie, O.P. 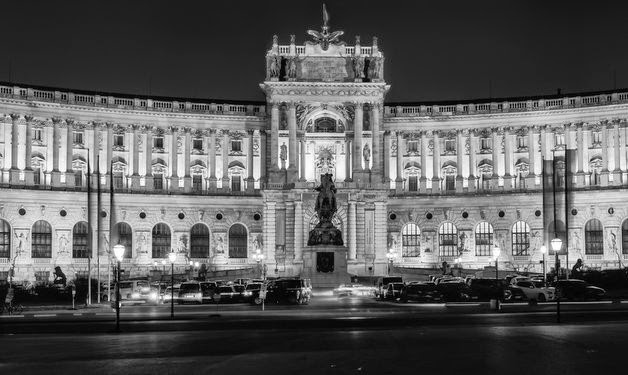 End Of The Empire By: Br. Clement Dickie, O.P.

I have been in Vienna, the capital city of the last Holy Roman emperor, learning German this summer. The legacy of the Kaisers, a transliteration of the title Caesar into German, is everywhere. I’m sure if Gaius Julius knew that his personal title would be last used by the descendants of that morally corrupt people he fought [see STh. I-II Q. 94 A. 4], he would be rolling over in his grave. That may be a bit difficult, however, for, like all good pagans, Julius Caesar’s remains were consumed by fire. Nonetheless, reflecting Julius’ continuing influence, perhaps the longest-lasting legacy of the Holy Roman Kaisers’ power is that Austria continues to exist as an independent state and has not been swallowed up into Germany.

Hofburg, the home of the Habsburgs from 1279 to 1918, is so large that today it houses multiple museums, the Austrian National Library, and the offices of the Austrian president, while preserving the living quarters of the last two kaisers and one of their wives. Their summer palace, Schloss Schönbrunn, built away from the center of city in the 17th century, is just as impressive. The family’s piety has left a mark on the city, from the massive art collection that contains innumerable sacred works to the churches they endowed. One of the rooms in Hofburg displays a large painting of the Blessed Sacrament, and Franz Joseph’s bedroom has the prie-dieu where he began his day.

It can be peculiar for Americans, used to forests and new construction, to be surrounded by centuries-old buildings. Perhaps it’s even a little intimidating to live in a convent that has it origins in the 13th century attached to a church built in 1630.

But the dates that stand out above the rest are decidedly from the 20th century. One hundred years ago, the Austro-Hungarian government was preparing the last draft of the so-called July ultimatum. On July 22, 1914, the Germans received an advance copy, and on July 23, 1914, the ten demands were delivered to the Kingdom of Serbia. The first mechanised war was officially declared five days later on July 28th.

The latest scientific and technological advances would be put to use for killing. The tank made its deadly wartime premiere, while poison gas, the machine gun, and the airplane were put to ghastlier use than had been achieved up to that point.

While it had been imagined beforehand that the new war machinery would make things quick and decisive, it led to an intransigent horror. The bloodbath toppled the regimes of the last three Caesars (the Austrian and German Kaisers and the Russian Czar), and is the reason why common foreigners like me can poke around the Habsburgs’ massive art collection, peer into the now primitive-looking bathrooms they used, and stroll around their private gardens for a few Euro.

While Americans tend to think more of the Second World War, the Great War of 1914–1918 shows better the reality of Christ’s promise that “all who take the sword will perish by the sword” (Matthew 26:52). In one fearsome, bloody conflict, ancient dynasties were toppled. Kingdoms that had done all in their power to project strength collapsed.

The promise of technology and human might is always shorter-lived than we think. This is why the Psalmist warns us not to put our trust in princes (Psalm 146:3). Ultimately, we can only trust in a kingdom that is not of this world — the Kingdom of God. We can’t trust that rulers, however strong and powerful, will always be there, but we can always count on God’s strength.

While the houses of the Kaisers have become museums, libraries, and offices, the Catholic churches found on every corner of the Innenstadt retain their original function. Mass is still celebrated everyday above the Imperial Crypt. God’s kingdom lives on. Perhaps that understanding is why the friendly Austrian people still greet you on the street with „grüß Gott“: literally “May God greet you” or “God bless you.”