Any ISIS Terrorist Attack Upon Japan Will Emanate From The Only Mosque In Tokyo! The Camii Mosque & Turkish Cultural Center! 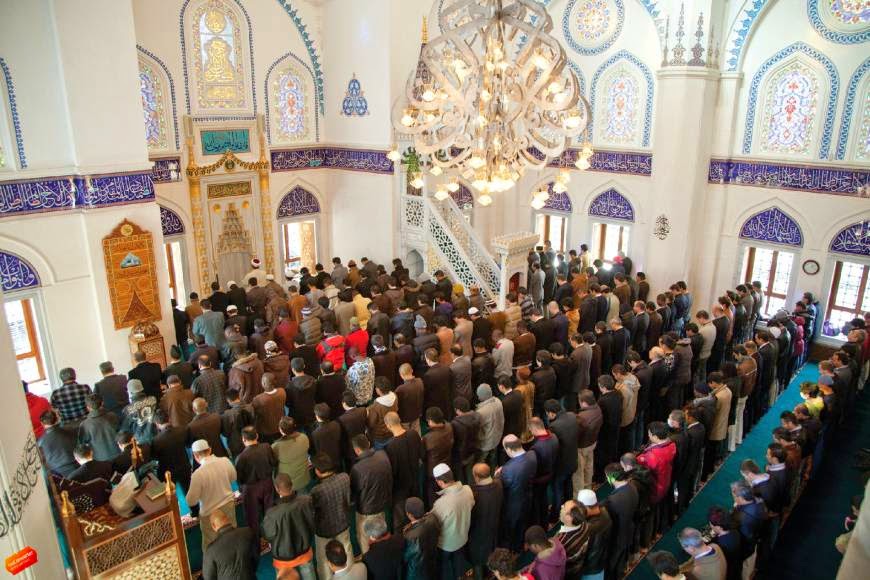 EID AL ADHA
2014.9.21
Salat of Eid al-Adha will be held at 8:30 on 4th October in 2014.
Eid Mubarak to all Muslim brothers and sisters in all parts of the world.
May Allah bless us all. History of Tokyo Camii

People who have faith have always needed a place of worship throughout history. Places of worship are where doctrines have been taught to the people and formal obligations have been fulfilled and are indispensable worldly elements of almost all religions, which direct people’s relations with both God and each other, as well as with other beings. Therefore, these sacred places have played a crucial role in starting communication between people. Thanks to such communication, those people who have known and bonded with each other, who have found solutions for their own problems, or who have taken a common stand, have considered such places as the safest centers as well. Some took refuge in temples to save their own lives, and some saints, who have broken off connections to people or the world, settled in temples to believe in the first step of happiness (nirvana), as well as some wealthy people who regarded temples as a place that they could deposit their wealth or gold. In this context, the theory that modern banking procedures emerged in temples seems not frail at all.

In the case of Islam, it considers worship in a congregation greatly important, which compounded Muslims’ need for mosques (masjid) much more. With the motive of meeting this requirement, they have built many distinguished masjids in all territories where they settled. First and foremost, the Masjid Nabawi (The Prophet’ (pbuh) Masjid) in Madinah, and others such as Masjid al-Amawi (Syria), Masjid Qurtuba (Spain), Masjid Samarra (Iraq), Ibn Tulun Masjid (Egypt), Kalon Masjid (Uzbekistan), Faisal Masjid (Pakistan), Sultan Ahmet Camii (Blue Mosque), Süleymaniye Camii and Selimiye Camii (Turkey) are only some of the spectacular masjids that come to mind.

The Turkish community who emigrated from Kazan (Russia) built the Tokyo Camii in 1938, the foundation of which stems from the hospitality of the respected people of Japan, and was rebuilt in 2000 owing to some serious damage that it was exposed to. We believe it is performing and will continue to perform its duty as a bridge between the past and the future, and is beautiful in other aspects due to certain unique features. While not departing from the ties of the past with its construction in the classical Ottoman architecture style, it also has an enlightening purpose for the future through various architectural points that attract attention in both construction technology and the multipurpose hall which is a venue for wedding ceremonies, fashion shows, plays, exhibitions and conferences on the first floor.

We have no doubt that Tokyo Camii will be an alternative place of true learning about the religion of Islam, being a frequent place to visit for hundreds of Japanese every day and would contribute to the centenary relations between the Turkish and Japanese people.

We would be very honored by your visit.