Why Is ISIS Winning? Because Of Sodomites Like Jew Daniel Rosen U.S. State Department Director Of Counterterrorism Is Too Busy Soliciting Minors For Sodomy Sex! 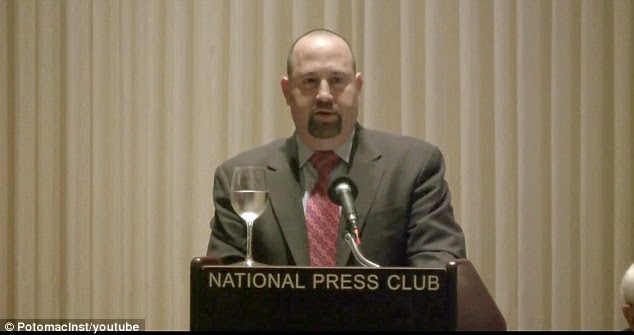 A U.S. State Department official was jailed Tuesday on a charge of soliciting a minor. Daniel Rosen was arrested at his home in Washington, D.C., about noon on Tuesday and was in custody at the D.C. jail Tuesday night, said Fairfax County, Virginia, Police Department spokeswoman Lucy Caldwell. Rosen, 44, was arrested 'following a series of online exchanges' with a detective assigned to the Fairfax County Police Department's Child Exploitation Unit, Caldwell said. He was charged with one count of 'use of a communications device to solicit a juvenile.' Caldwell did not release any other details of the investigation. She said Rosen would be extradited to Fairfax County jail, but she did not know precisely when. Caldwell said the occupation listed for Rosen is 'Director of Counterterrorism' for the U.S. State Department. Daily Mail Read More>>>>

Why is ISIS winning? Because of Sodomites like Jew Daniel Rosen U.S. State Department Director of Counterterrorism are too busy soliciting minors for sex.....