"The body was identified by her parents," police spokeswoman, Ulla Brehm, confirmed. Three people have been arrested - a woman and two men. The police forced entry to a barn one kilometre from the cafe from where Holm disappeared. According to Sweden's Aftonbladet newspaper, police swarmed the building with tracker dogs. "It looked like the dogs tracked a scent," said a witness. Lisa Holm, who was named by police on Tuesday, was last seen at a café in Blomberg near Lidköping at around 6.30pm on Sunday after working a shift there. Lidköping is a small town in a rural area north east of Gothenburg, and is close to two of Sweden's largest lakes. It is around 50km from the teenager's home town, Skövde. More than 7,000 people disappear in Sweden every year, according to Missing People, but the search for Lisa Holm is one of the biggest in recent years and captured high media attention. Around 900 volunteers joined the search for the teenager, searching woodland, fields and buildings in the region.

The one in charge of the investigation is Police Area Manager and commanding director Helena Trolläng. 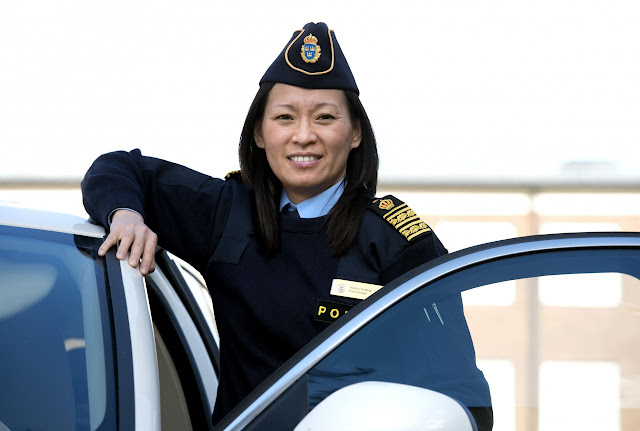 Apparently the officer in charge is a IMMIGRANT as well and I'm sure the IMMIGRANT has the best interest of other IMMIGRANTS at heart.

Media releases information on the three suspects - two are Lithuanian immigrants the third suspect has not been identified. 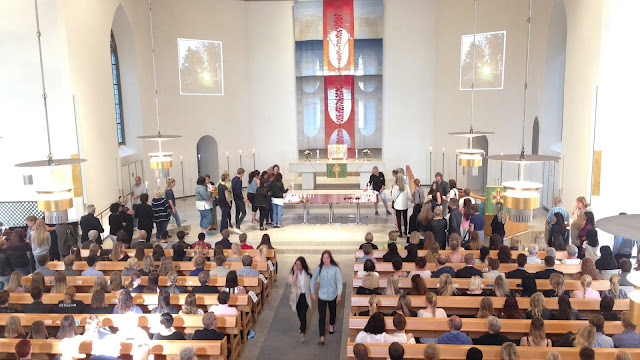 Lisa Holm memorial service took place Sunday at St Helena church in Skövde here The service was presided over by Church of Sweden 'priest' Karin Långström Vinge. She is for gay marriage:

Goldman Sachs isn’t the only place trying to make underlings adhere to a no-swearing policy. Members of the Church of Sweden, a Lutheran outpost, want priests to clean up their act — after one used the f-word to describe what two men do in bed together. Dag Sandahl, a priest who opposes gay marriage, rhetorically asked fellow priest Karin Långström Vinge (who supports marriage equality), “So you think that when you fuck people you should do it up the arse?” Responded the obviously witty Långström Vinge: “He wanted to make us aware, in a provocative way, that this wasn’t just a question of marrying homosexuals, but that they also had sex with each other. As if we wouldn’t have understood that otherwise.” But now Långström Vinge wants all priests to watch their mouths, reports The Local, and she’s introduced a motion to the general synod to force priests to pay fines for cursing. A vote will come in September, about a year after the Church paved the way for gay clergy.

The two brothers accused of killing missing teenager Lisa Holm are set to remain in police custody, an appeals court in Jönköping in central Sweden ordered on Tuesday. The older brother, who is understood to be 35 and from Lithuania, was ordered to remain locked up by the Göta Court of Appeal on Tuesday morning, while police continue to investigate the case. The Local Read More>>>>