On Occasions, The Dead And The Righteous Will Be Brought Back To Life: Neysi Perez Comes Back From The Dead After Being Buried For One Day

On occasions, the dead and the righteous will be brought back to life. (That is to say that these dead will take on the form of righteous souls which had lived on earth, in order to lead men further astray; these so-called resurrected dead, who will be nothing but the devil in this form, will preach another Gospel contrary to that of the true Christ Jesus, denying the existence of Heaven; that is also to say, the souls of the damned. All these souls will appear as if fixed to their bodies). Our Lady of La Salette 19 Sept. 1846 (Published by Mélanie 1879)

Desperate family smash into tomb of pregnant teenager who woke up screaming and banging on her coffin after being buried ALIVE... only for her to die in hospital

A 'dead' teenager woke up in her coffin and screamed for help one day after she was buried – but died again before desperate relatives could save her. Footage has emerged showing grieving family members breaking through the concrete tomb from where Neysi Perez, 16, had been heard 'banging and screaming'. Relatives who removed the girl's corpse found that the glass viewing window on her coffin had been smashed and the tips of her fingers were bruised. But despite efforts to revive her medics found no signs of life and she was later returned to the cemetery and reburied in the same mausoleum.  Daily Mail Read More>>>>>>> 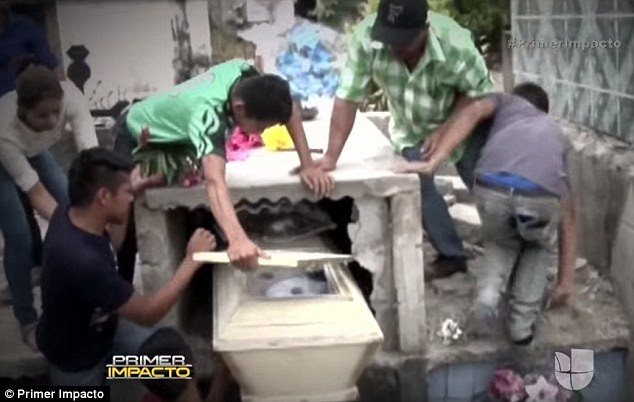