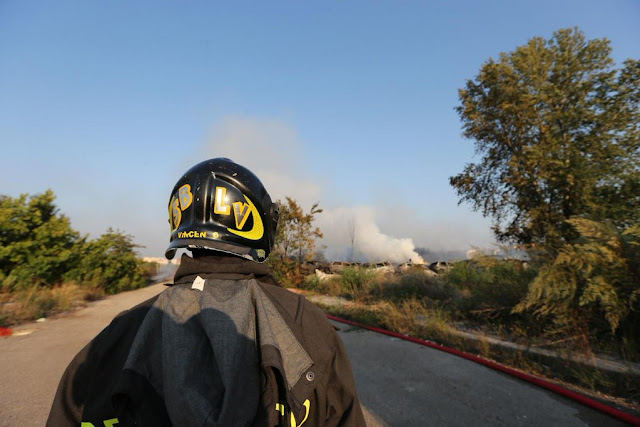 BREAKING An aircraft exploded in Vercelli (Italy), two people died
Two people have died after a plane has exploded in flight this morning between Santhià and Tronzano, in the province of Vercelli (Italy). From initial information it seems to be a military aircraft. The charred bodies were found inside the aircraft.

Now for St Thomas on the habitat of Demons that everyone likes to ignore....happy flying....


Summa Th. I EN Qu.64 a.4
Article: 4 Whether our atmosphere is the demons' place of punishment?

I answer that The angels in their own nature stand midway between God and men. Now the order of Divine providence so disposes, that it procures the welfare of the inferior orders through the superior. But man's welfare is disposed by Divine providence in two ways: first of all, directly, when a man is brought unto good and withheld from evil; and this is fittingly done through the good angels. In another way, indirectly, as when anyone assailed is exercised by fighting against opposition. It was fitting for this procuring of man's welfare to be brought about through the wicked spirits, lest they should cease to be of service in the natural order. Consequently a twofold place of punishment is due to the demons: one, by reason of their sin, and this is hell; and another, in order that they may tempt men, and thus the darksome atmosphere is their due place of punishment. Now the procuring of men's salvation is prolonged even to the judgment day: consequently, the ministry of the angels and wrestling with demons endure until then. Hence until then the good angels are sent to us here; and the demons are in this dark atmosphere for our trial: although some of them are even now in hell, to torment those whom they have led astray; just as some of the good angels are with the holy souls in heaven. But after the judgment day all the wicked, both men and angels, will be in hell, and the good in heaven.