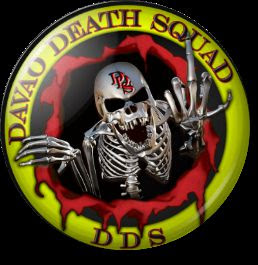 I believe in retribution. Why? You should pay. When you kill someone, rape, you should die.' Duterte

Duterte to be sworn in as Philippine president on the 30th.

Waiting to see Pope's reaction...and the reaction of the all the Bishops and Priests there in the Philippines....


In a radio interview, Bishop Honesto Ongtioco of Cubao particularly lauded Duterte’s frugal inauguration at the Macalañan Palace when he takes oath as president on June 30. “I am happy about the simple inauguration. We need to be simple even in our way of life,” Ongtioco told Radio Veritas. According to him, simplicity is one of the characters needed by a great leader. “Simplicity is an important value that we have to promote,” he added. Bishops Antonio Maralit of Boac, Marinduque, and Pedro Arigo of Puerto Princesa, Palawan, said Duterte’s simplicity offers a good example to Filipinos and fosters solidarity with the poor.Duterte’s transition team earlier said the inauguration would be just short and simple, with only around 600 invited guests.  Source

Who will be the first Catholic Bishop to be Murdered?