DOOM! 333 Reindeer Are Killed By A Single Lightning Strike 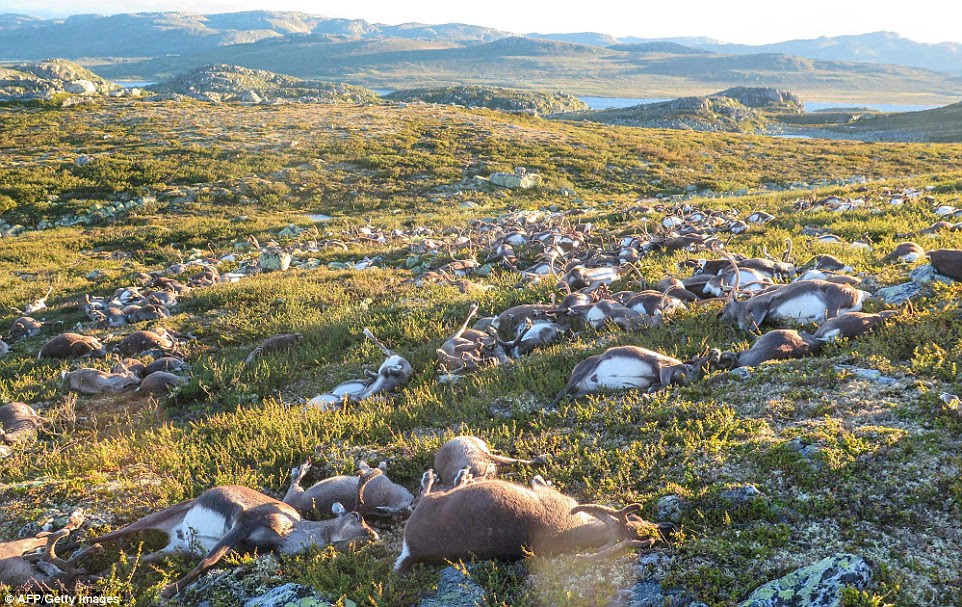 More than 300 wild reindeer have been killed by lighting in central Norway in what wildlife officials are calling an unusually large natural disaster. The Norwegian Environment Agency has released eerie images showing reindeer carcasses scattered across a small area on the Hardangervidda mountain plateau. The agency says 323 animals were killed, including 70 calves. The animal tragedy is believed to have occurred during a lightning storm Friday. Five of the reindeer were not killed immediately but had to be put down due to injuries, BNO News reported. Environment Agency spokesman Kjartan Knutsen told the AP it's not uncommon for reindeer or other wildlife to be killed by lightning strikes. Daily Mail Read More>>>>