Over 300 souls perished in the 24 August 6.2  Earthquake in Amatrice, Italy. Funerals are held daily. (even as I write this).

Today, Mark Zuckerberg meets with the Pope & gave the Pope a gift:  A model of a Drone named AQUILA:

Zuckerberg posted a photo of himself showing Francis a model of a solar-powered aircraft, named Aquila, “that will beam internet connectivity to places that don’t have it.” (“Aquila” is the Italian word for eagle.) RNS

For those that don't know Aquila is a town in Italy that was hit by an Earthquake 6 April 2009 in which 308 souls perished.

Mark Zuckerberg is off to BURNING MAN! 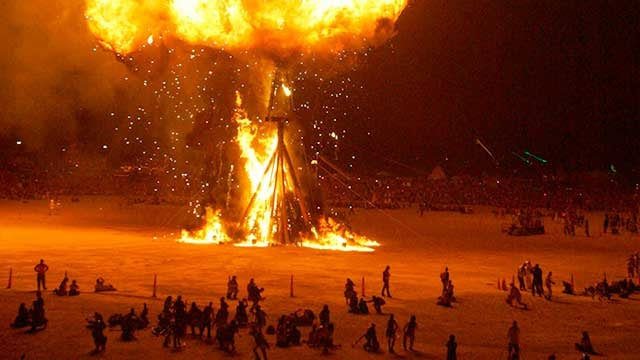