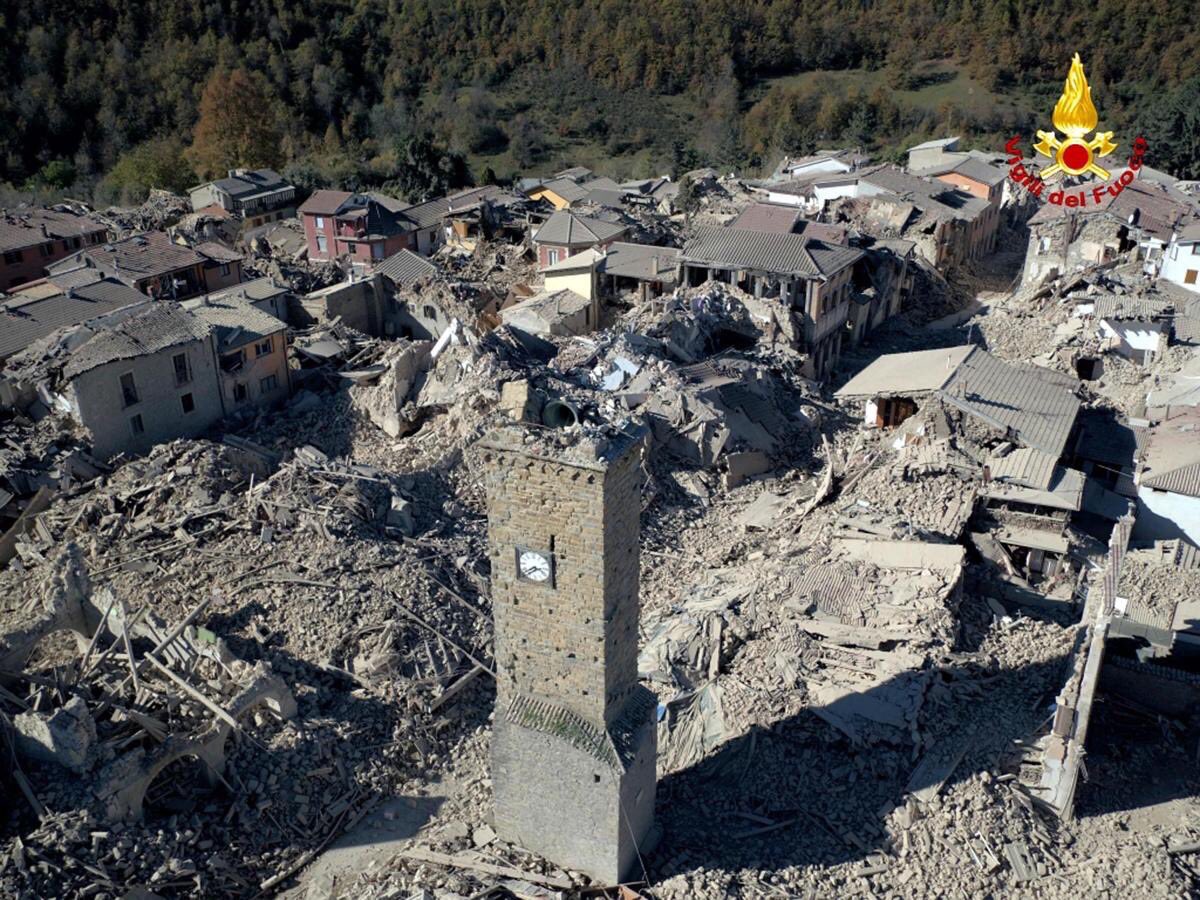 Another earthquake. Time to listen.

The American Monks of Norcia did not listen the first time when the quake hit killing 300.

As a matter of fact these American Monks became embolden and raised money and promised to start rebuilding.

Just a few days before the latest quake hit there was a prophecy of sorts posted on Rorate Caeli:

In the true Benedictine spirit, the monks have begun to rebuild, many people are coming to their aid, and, in due course, they will not only recover but, God willing, come out stronger than before. Dr. Kwasniewski

Looks like Dr. Kwasniewski's prophecy for the Monks of Norcia is a false and failed prophecy.

Our Lady at La Salette said that entire MOUNTAINS would be swallowed up by earthquakes - that includes the mountainous region of Norcia. 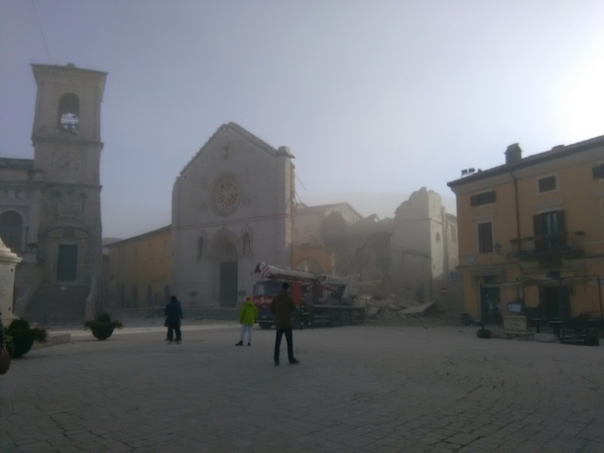 
But instead of listening to the warnings of Our Lady at La Salette, many traditionalists believe that the earthquakes are meant for the 'bad' Catholics who attend the new mass etc:

God is sending messages, repeatedly, to the faithless people of Europe. To the adulterous people of Italy. To the Holy Church of Rome. He also uses nature, of which He is King and Master, to warn his children. Will they listen? Roarate Caeli

Really? Why is it, that if God sends any messages, the messages are always for the other guy?

Why can not the series of earthquakes be a message for the American Monks there at Norcia - seeing that these traditional Monks are the ones who got the bad end of the deal.

What are the American Monks doing at Norcia that could anger God so much?

Really? What are these men hiding?


The Monks of Norica invited Cardinal Sarah to bless the monk's temporary digs on Saturday 22 Oct.

Here is Cardinal's words to the monks at San Benedetto:

Thank you for this welcome, for the prayer this morning, and for asking me to bless this house, which reminds me of Bethlehem, where it all began. Salvation began in Bethlehem, in absolute poverty, and I think that we should follow Christ in this, in His poverty, which is also the humility of God. God is humble, God is poor, but He is rich in love. To live here means that your heart is full of the love of God, for you cannot live with God without loving him. Love is at the center of all of our work. This is why the revelation that Jesus gives us says that the Lord, our Father, is love, and that everything we do comes from love, above all.

I ask that this be a place of love for the Lord. I am certain that the future of the Church is in the monasteries, because where prayer is, there is the future. Where there is no prayer, there is disaster, division, war. Perhaps I am not an optimist, but I see that a church that doesn’t pray is a disastrous church. Since you are a church that prays, the whole of the Church is here.

So I thank you for your commitment, for this manifestation of your love, for the expression of your love in continuous prayer. Pray for the Church, pray for the Holy Father, for his collaborators and for me. I promise you now that I am familiar with your home, that I will always pray for you and ask the Lord to continue to send you more young men to join your life that serves the Lord in prayer, in silence and, above all, in solitude.

Thank you, pray for me. I promise to pray for you. And if the Lord gives me life, perhaps I will return to see your new home. But never forget poverty, never forget humility, and if your house is beautiful, remain always humble and poor. Thank you.

And one week later on Feast of Christ The King the quake hit destroying all that was left. From The Guardian:

The monks escaped largely unscathed, in part because they had moved to a makeshift monastery about a mile from Norcia after the August earthquake in nearby Amatrice that killed nearly 300 people. The monks released a statement on Sunday morning, saying they were all safe, and were searching for victims who might require last rites. The statement, posted below an image of the ruined basilica, said 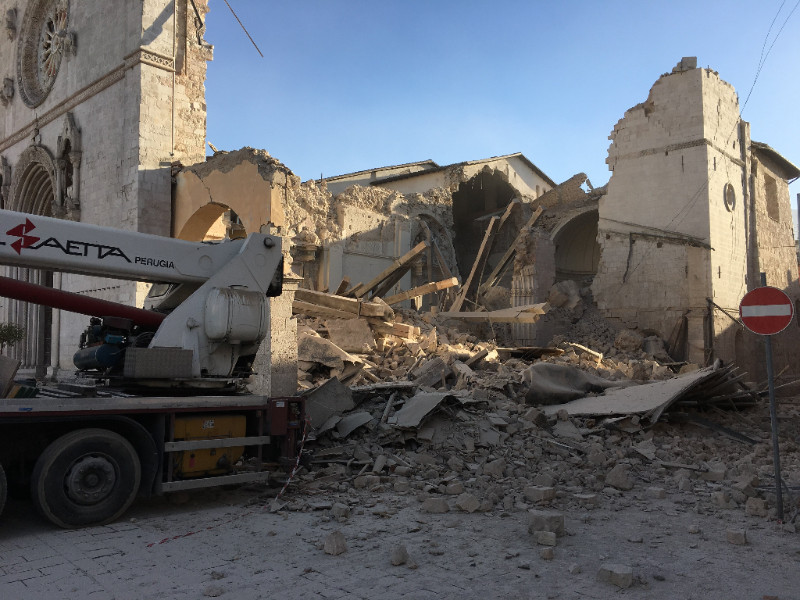 “May this image serve to illustrate the power of this earthquake, and the urgency we monks feel to seek out those who need the sacraments on this difficult day for Italy.”

What's the message being sent?

Traditionalists to a man reject and ignore the Message of Our Lady of La Salette. Most Traditionalist embrace the message of Akita which is as Melaine said:


"You'd think the devil would keep quiet inasmuch as men are nearly all working for him, for his triumph. Well, no, he turns himself into an angel of light, aping real apparitions truly divine. Later he'll show his horns, in order to destroy the true divine apparitions by his impostures. It's noteworthy that in all these false apparitions there are always many flattering words directed to certain persons, which these seers, seeing only the devil, apply to some gullible person wrapt in refined self-love. It's also true there are visionaries without visions, who don't even need the devil's help, being themselves possessed."

Too harsh for Akita?

Ask yourself why Traditionalists would rather qoute Akita than La Salette?

Here let's use pictures to draw out the main difference between the two:

First Our Lady Of La Salette: 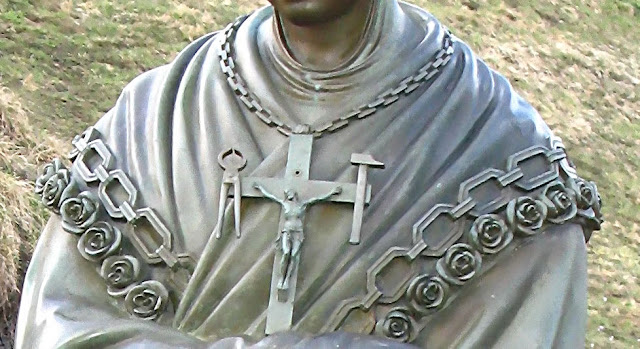 WHERE IS JESUS CHRIST CRUCIFIED?

Steve Skojec is a gullible person wrapt in refined self-love. I think a lot of you see this. Many ignore it.

Men like Skojec refuse to listen to the Message at La Salette and go so far as to call Melanie insane and nothing but an attention seeker!


How does Skojec explain the latest quake?


He goes to Akita:

a punishment greater than the deluge......cardinals opposing cardinals, bishops against bishops.


Is this not the reality of our age? Cardinals opposing cardinals, bishops against bishops? Cardinal Burke has said as much in some of his comments on the internal attacks on marriage within the Church on the eve of the second Synod. More here>>>>>


the Father will inflict a terrible punishment on all humanity. It will be a punishment greater than the deluge

Greater than the deluge?

Or how  about Cardinals opposing cardinals?

Have any of you read the vacillating words of Traditionalists who promise us that Cardinals are opposing Cardinals and the very next day they then say that all the Cardinals are united!

One thing I have not lost track of is when these promised 35 years of Chastisements start:


"I didn't see, I don't see any Great Pope or Great Monarch before an extremely great tribulation, horrifying, terrible and general for all Christendom. But before that time, twice there will be a short lived peace; two shaky, servile, doubtful popes" Mélanie

Yes, we have TWO POPES and when both Popes are dead, is when we should see terrible and frightening things, and should see this for over 35+ year period.

Mélanie called it, and you all ignore her.

"I protest highly against a different text, which people may dare publish after my death. I protest once more against the very false statements of all those who dare say and write First that I embroidered the Secret; second, against those who state that the Queen Mother did not say to transmit the Secret to all her people." Melanie