Who starting flooding Europe with MUSLIMS?

Grand Chancellor Of The Knights of Malta Albrecht Boeselager will follow in the footsteps of the fat slob Festing!

Albrecht Boeselager: The order is very much involved in the care of migrants and refugees in different parts of the world, in countries from where they come, on their way and in countries where they wish to go to. So we are active in the countries surrounding Syria: Turkey, Iraq and Lebanon, to help refugees from Syria and also, if security allows, displaced people within Syria.

We are active in South Sudan, which is in a big crisis at the moment, and in other countries where there are migrants and refugees or problems of displacement of people. Often it’s internally displaced people.

In Asia, in Thailand, we care for Rohingya refugees. In almost all the hotspots for migrants and refugees we are active. Here in Italy, our medical personnel serves on the Italian board to provide medical care to those saved in the Mediterranean, and in Austria, Germany, Hungary, France, we care for refugees that arrive in these countries.

Q: Do you see any specific challenge that might arise with the increased migrant flow into Europe?

Albrecht Boeselager: In fact at the moment, since about 12 months, the flow has reduced very much, so I don’t see at the moment a crisis of numbers in general. In the mid ’90s 0.5 percent of the population in Europe were refugees or asylum seekers and at the moment it’s 0.4 percent, so it’s less than before. I think in Europe it’s more of a crisis of leadership and communication than a crisis of receiving refugees or migrants at the moment. But that does not mean that we are not faced with a great challenge, because Africa is on the move, one can say, and we certainly need a more long-term policy to deal with the challenges which will certainly be coming. Source 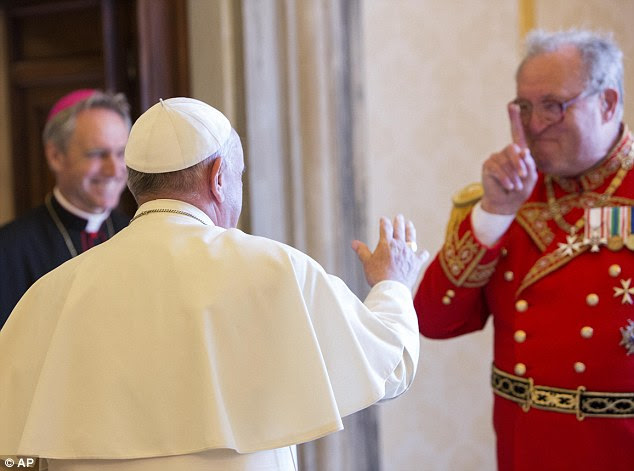