Hands Across Westminster Bridge In Support Of Making ISLAM The Nation's Religion!

Victims of the Westminster terror attack returned to the scene a week after Khalid Mashood carried out his crazed rampage. Many of those who were injured where Mashood mowed down crowds in his car returned to Westminster Bridge seven days on, joined by thousands of others. Also in attendance were some of the relatives of the four people killed in the attack, including the relatives of American Kurt Cochran. Andrei Burnaz, whose girlfriend Andreea Cristea was thrown from the bridge in last week's attack returned for the poignant event today in a wheelchair and his leg in a cast. Daily Mail>>>>>>>> 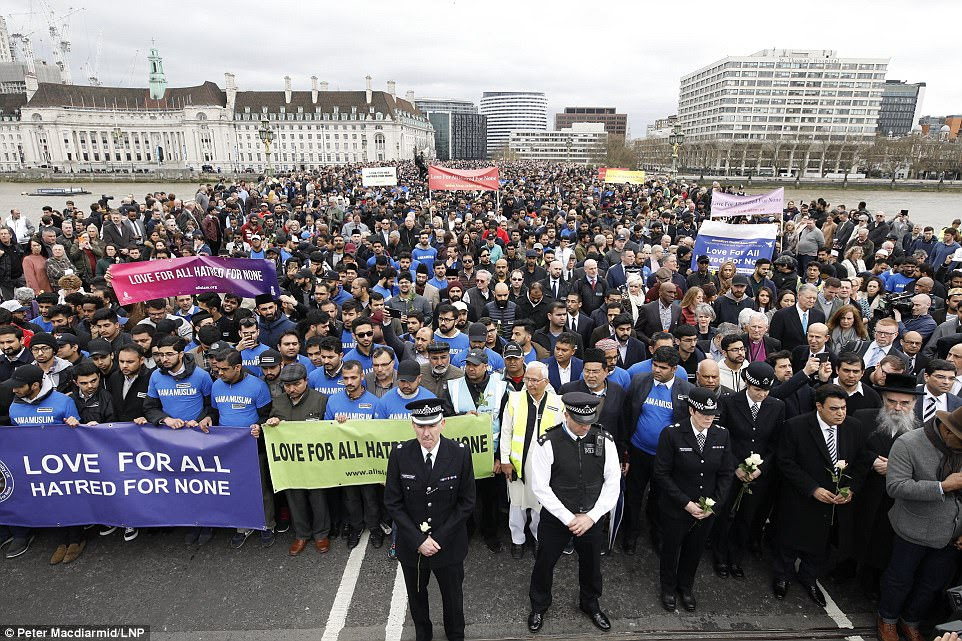