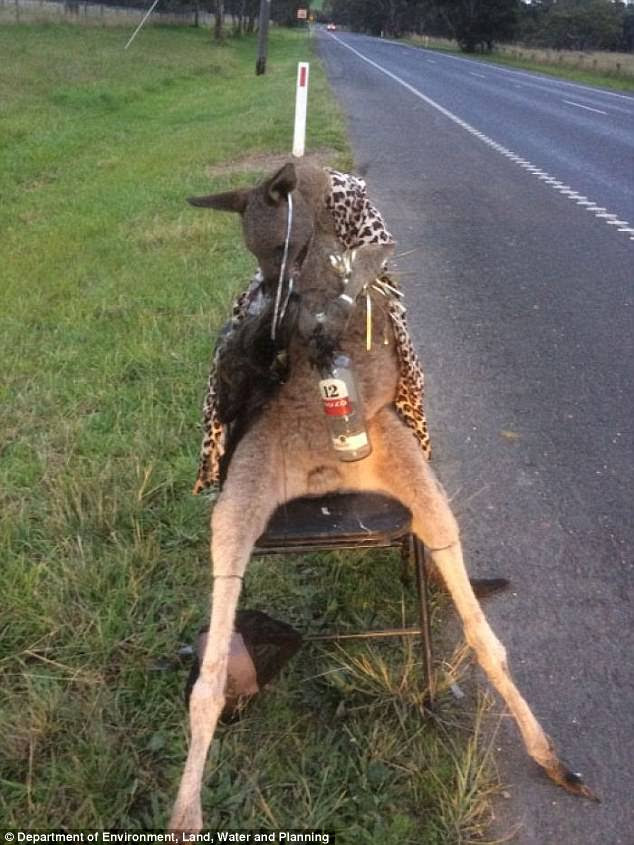 Three years ago Muslims were denied a building permit to build a Mosque.

Muslims are still in the area and are trying to intimidate the natives....

A kangaroo has been found shot dead and tied to a chair in an 'appalling and immoral' act of animal cruelty. The animal was left on a Melbourne roadside posed in a chair wearing a leopard print costume and holding a bottle of ouzo. It was found on Plenty Road, Mernda in May and the Department of Environment, Land, Water and Planning released a photo on Tuesday calling for information. Daily Mail>>>>>>

In the Name of Allah, the Most Gracious, the Most Merciful.