UPDATE 23 FEBRUARY 2018: In light of Marjory Stoneman Douglas High School shooting. This is Lent - time to spend time on the Passion of Christ. As usual many Rad Trads will spend more time at the gun range. Many Rad Trads will strap guns to themselves for Sunday Morning Latin Mass. Believe me - these Latin Mass goers who wear weapons inside a Church do not Meditate on the Passion Of Christ. These Rad Trads are poorly formed and ignorant of Jesus Christ Crucified. And its a given that if time comes for martyrdom these Gun toting Rad Trads will nowhere to be found - just like those four or five cops who stood outside the Marjory Stoneman Douglas High School waiting for the gun fire to cease before entering the school SEE HERE

Again these men who carry Guns to the HOLY SACRIFICE OF THE MASS are frauds and cowards and will run the other way when faced with the possibility of death and suffering - WHAT kind of man meditates on the WOUNDS and SUFFERINGS of CHRIST with a GLOCK strapped to his belly?

WHAT KIND OF MAN?

Why would a priest feel the need to carry a gun? let alone stockpile weapons? The six guns above belong to Priests of the FSSP. Six guns = six priests? Probably not.  There are only two priests at the church.

One of the guns belongs to the famous gun totting priest -  Fr.Z. see his famous blog here

Why bring this up? A priest was murdered - reason for the murder? UNKNOWN.

Priest killed, another one injured in attack at Catholic church in Phoenix

(CNN) -- A priest was killed and another critically wounded in an attack at a Catholic church in Phoenix, police said early Thursday.

The Rev. Kenneth Walker was fatally shot, and the Rev. Joseph Terra is hospitalized in critical condition, police and church officials said. It was not clear what type of weapon was used to attack Terra, Sgt. Steve Martos of the Phoenix Police Department said.

The emergency call to police was for a burglary and was made by Terra, Martos said. It was unclear if Terra made the phone call before or after he was injured.

When police arrived, they found the two priests badly injured. Walker died at the hospital. Terra, the injured priest, was only able to minimally speak with authorities about what happened, Martos said. The priority is for him to be treated.

"Hopefully, once that individual receives treatment and is able to pull through, we can gather more information," Martos said.

The church, in a statement on its website, referred to more than one armed burglar breaking into and entering the property. Police have not confirmed or denied that assertion, saying only that it is not an official police statement.

A green 2003 Mazda Tribute was stolen from church property, police said, and it was found abandoned.

The vehicle is being examined for clues, but as of Thursday morning, nothing significant had been found, Martos said. "The police are still gathering information and trying to sort through the details of this senseless act of violence," the Diocese of Phoenix said in a statement. "We ask that people offer prayers for both priests, the religious community, their families and the parish."

Investigators have gathered physical evidence at the crime scene, but they lack witness information, police said. Authorities asked for anyone with information to call in tips to police.

Walker, 29, was a member of the Priestly Fraternity of St. Peter, a small community of priests founded in 1988 and dedicated to reviving the traditional Latin Mass. Terra, 56, is also a member.

A Catholic blog, Rorate Caeli, said Walker was born in upstate New York in a family that became intrigued by the traditional Latin Mass. He was ordained as a priest two years ago.

The blog described the area around the church in downtown Phoenix as "deserted and dangerous at night" but asked followers to avoid speculation about a motive for the crime. It suggested prayer instead.

"May justice be done," the blog said. Source

Robbery during the week? Collection is taken up only on Sundays so there was no cash on hand on a Wednesday night.

Maybe the "thieves" didn't know they were robbing a church? 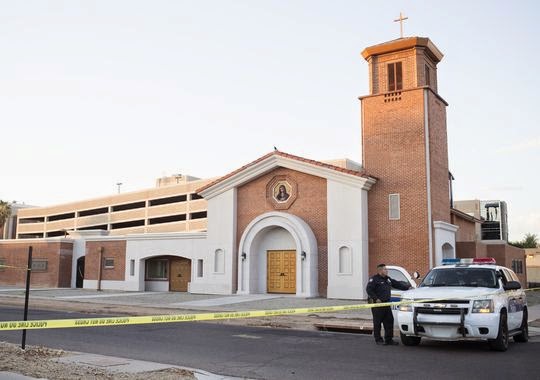 
Looks like a church to me....unless the thieves were high on drugs or just complete idiots, they should have known they were hitting a church.

Here is where the crime took place - at the priory: 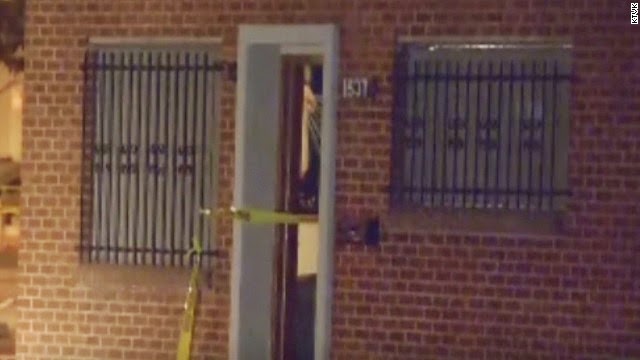 
Now the two priests live here. This is were the crime took place. One priest was shot and the other beaten close to death.

Cops claim no weapon was found.

No suspect was found either.

Question:  If a thief is so clueless as to not know he was breaking into a church - in the middle of the week  - four days after the collection was taken up on Sunday - then why hasn't this stupid criminal been caught? How can such an inept killer be still at large? Didn't know you were robbing a church but have the ability to evade capture?

Another question: If you're gonna shoot one priest, why not shoot the other? Why beat the other priest about the head as he is administering last rites to the dying priest?

Why not run after shooting the priest?

Another question - who's gun was it, that got the priest killed?

Was the weapon owned by Fr. Kenneth Walker? or was is owned by Rev. Joseph Terra?

And just where is the weapon? Ditched somewhere?

And why would a thief bring a gun to rob a church? I can see a robber bringing a gun to a liquor store, but to a church? Unless of course the thief or thieves knew that the priests had guns and that's what they were after - the priest's guns.

Lot's of unanswered questions that the cops have yet to make public.

Now if the weapon was the property of one of the priests, then I would lay the blame of the crime at the feet of a gun nut - a promoter of the firearm - Fr. Z.

Fr. Z is a gun nut and he is constantly posting pictures of his guns on his blog. 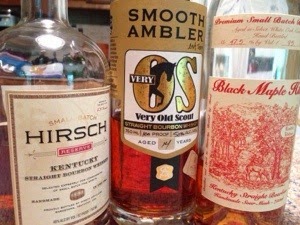 As I leave Kansas City, I thank my amiable hosts, whose son was, today, ordained a deacon. They always try to provide the best for the weary clerical guest. - Fr.Z Next is a picture of the FSSP church he paid a visit to: 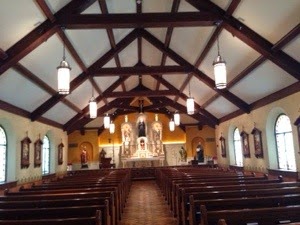 Thanks to Fr. Fongemie of the FSSP at St. Rose Philippine Duchesne on the Kansas side. They gave me a great tour of their “new” church, which was a recovered Lutheran church. - Fr. Z Then of course Fr.Z's photo of guns: 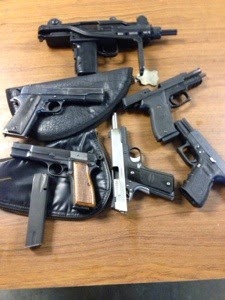 This was my first time to give a couple 1911s a try. I also enjoyed very much the Uzi, on full auto. Later, we got out a real AK-47, an older one with the fully cast lower, and… the greatest pleasure of the day, an M1 Garand, Korean War vintage! When I heard that distinctive “ting” at the end, I said a prayer for vets who put their lives at risk overseas and hauled this rifle around over hill and dale, in bitter cold and savage heat, in boredom and terror, to protect our freedom and the lives of so many strangers. I want more time with that one someday. - Fr.Z