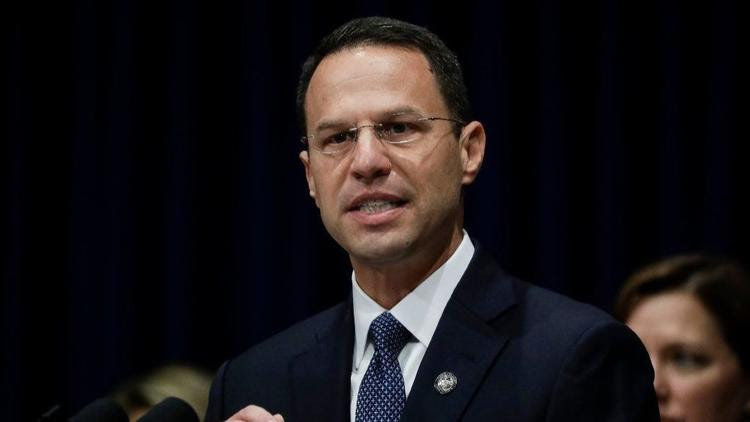 JEWS on the attack!


The Grand Jury Report Did Not Aim to Inform the Public, It Sought to Denigrate the Catholic Church.

This Court has acknowledged that the Report was not “designed to address general welfare concerns,” but has a “primary objective . . . to publicly censure the conduct of specific individuals.” Slip. Op. at 21. This Court charitably commented that “it is difficult to understand why an attorney for the Commonwealth would not wish to present such testimony from living individuals, for the benefit of lay grand jurors who have plainly set out to find the truth and reveal it to the public.” Id. AG Shapiro’s approach is less difficult to understand considering his past conduct directed toward the Church.

This is not the first time AG Shapiro has used his office to single-out the Catholic Church. In Zubik v. Burwell, 136 S. Ct. 1557 (U.S. 2016), AG Shapiro sued the President of the United States over the obligation of religious employers to provide contraception and abortifacient coverage for employees. . AG Shapiro sought to overturn the Executive Order that affected mostly Catholic institutions, and he vigorously opposed the efforts of the Little Sisters of the Poor to intervene, despite their direct interest in the subject matter of the case and the impact they would feel from the outcome. Ultimately, the U.S. Court of Appeals for the Third Circuit rejected AG Shapiro’s efforts to keep the Little Sisters of the Poor from having their voices heard. Pennsylvania v. President of the United States, 888 F.3d 52 (3d Cir. 2018).

Thus, it is unsurprising that the investigating grand jury noted that “this report is our only recourse.” Report at 2. A proper investigating grand jury, of course, does not need—nor should it seek—recourse. However, that paradigm changes drastically when an attorney general who has been spurned in prior litigation against the Church dedicates two years and countless resources to persuading the grand jury that it does, indeed, require “recourse.” Source
Email Post