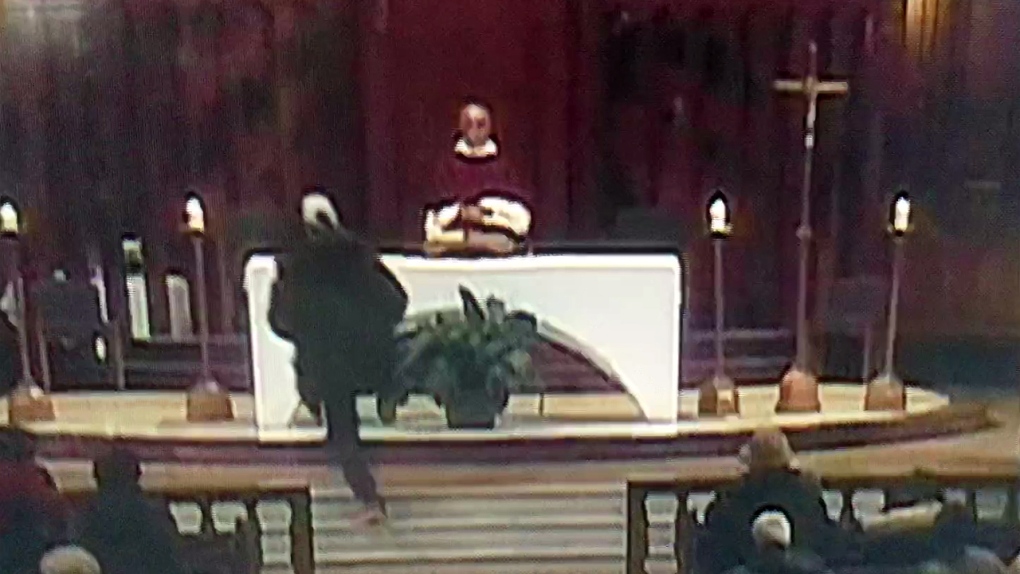 Priests and religious orders will be hunted down, and made to die a cruel death.  Our Lady of La Salette 19 Sept. 1846 (Published by Mélanie 1879)

A man armed with a large knife walked into Saint Joseph's Oratory during mass Friday and attacked a priest. The mass was being recorded for Sel+Lumiere TV, which streams the religious ceremony daily, but the video was quickly removed from the website. The video showed that at 8:40 a.m. a man wearing a dark winter coat and a light-coloured baseball cap pulled out a large knife as he walked in front of the altar, then ran up the steps toward a priest.The priest, who was initially identified by the Diocese of Quebec as Reverend Claude Grou, tried to run off as the attacker knocked over a candle but the man quickly caught up and pushed Grou to the ground and stabbed him once. The man then dropped his knife and worshippers ran forward as he stood up. Three men grabbed the assailant by the arms while others went to the aid of the injured priest. Security agents at the church then detained the man and held him until police officers arrived. Those officers arrested the suspect and brought him to a police station for questioning. Paramedics treated Grou at the scene and brought him to Montreal General Hospital for treatment. The Diocese of Quebec said that Father Grou is not seriously injured. Source