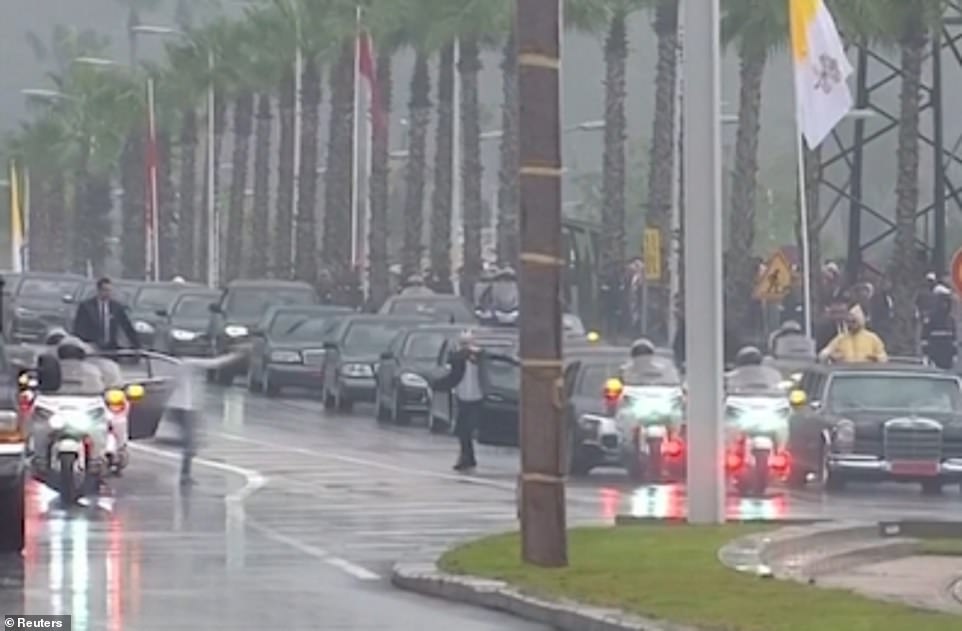 Car A man charged towards the car the King of Morocco Mohammed VI was travelling in, in the same motorcade as Pope Francis today.   Dramatic live footage from the North African country's state broadcaster showed security guards quickly seize the man.   King Mohammed's open-top car was travelling alongside the Pope's vehicle in Rabat during his two-day visit.   The papal car pulled out in front and as the King continued to wave, the man - who appeared to be holding a note - darted towards it.  Source