"You're Gonna Die Up There" Victims' Grieving Relatives, Including US Families, Visit Ethiopian Site Where 737 Max 8 Smashed Into The Ground

Agony of the Boeing crash families: Victims' grieving relatives, including US families, visit Ethiopian site where 737 Max 8 smashed into the ground as Canada now bans the jets

Devastated relatives have arrived at the scene of the Ethiopian Airlines crash as investigations continue into the cause of the disaster.  Grieving friends and family members wept while some had to be held back as they gathered at the crash site about 40 miles from Addis Ababa.  At one point, armed guards appeared to block a US family from advancing towards the scene of the disaster as they tried to leave flowers for a female relative. At least eight Americans were killed in the accident on Sunday.  Some mourners placed flowers, cards and photos under a floral arch installed as a tribute to the dead, who came from 35 countries. Others simply stood in silence. Nine Britons were killed in the crash and ambassador Alastair McPhail was among those who made the journey to the scene today, insisting: 'We owe it to the families to understand what happened.'   The accident, six minutes after take-off on Sunday, claimed the lives of 157 people with eyewitnesses saying it appeared as though the plane had slipped right into the earth. No bodies will be recovered from the scene because only fragmented remains survived the impact, an airline spokesman said.  Officials said this morning that the black box from the doomed jet will be sent overseas for analysis.  Ethiopian Airlines said it has 'a range of options' for the data and voice records of the flight's last moments.  Multiple nations, including European Union members, have suspended the 737 Max in the wake of the crash. This afternoon, Canada become the latest country to close airspace to the aircraft. Source 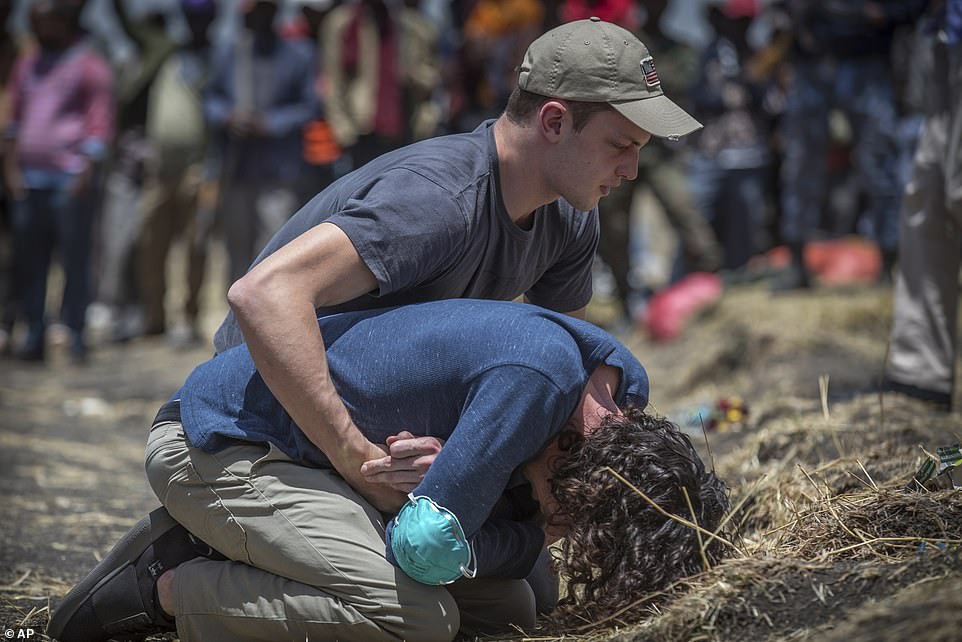 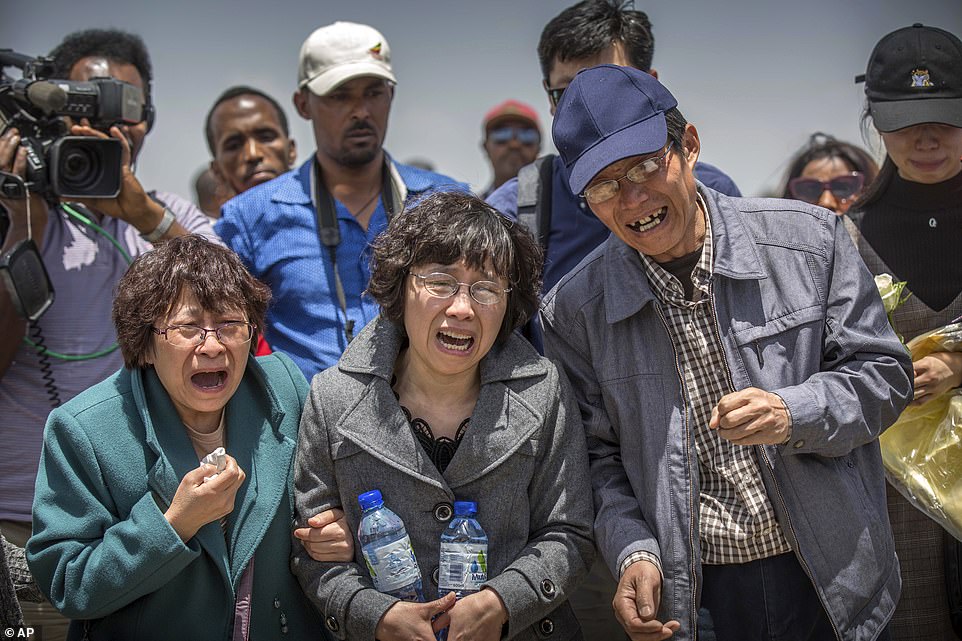