TRUMP DOOM! Iran Refrained From Targeting US Plane With 35 On Board Flying With Downed Drone - Iranian Commander 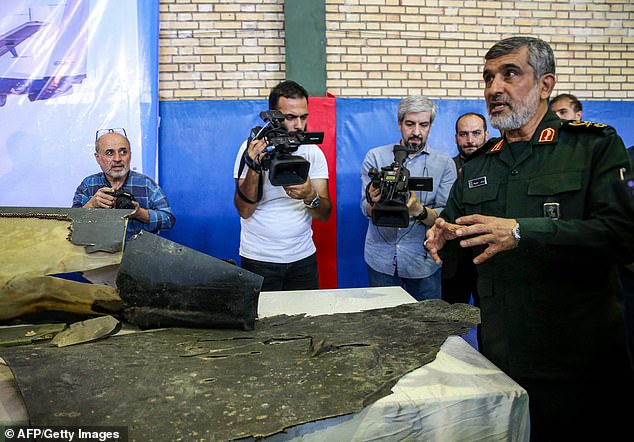 Iran claimed it 'refrained' from shooting down a US spy plane with 35 on-board flying alongside its downed drone. Air Force commander Sardar Hajizadeh alleged a Boeing P-8 spy plane with servicemen aboard was also flying with the drone in Iranian airspace as he unveiled debris in Tehran. He ominously said it had not been attacked 'because our goal was to warn the Americans,' Tasnim News reported. President Donald Trump said today he was just ten minutes from striking Iranian targets but held back because 150 people would have been killed. Source
Email Post