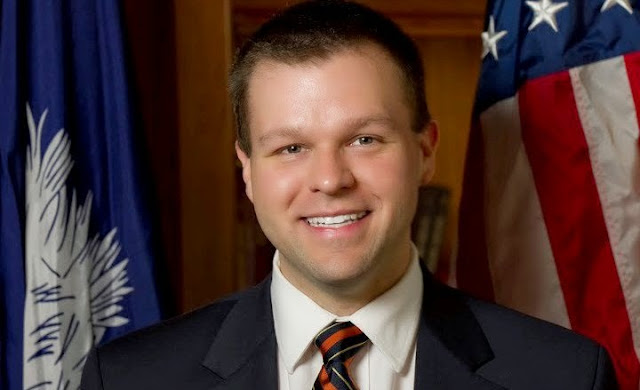 I must not have been paying attention to one of my Evil Portent Posts.

Wow what an arrogant prick...I bet this asshole was always the bully. Funny thing is, is that this Godless Evangelical prick is about to get his ass kicked. Source

According to documents obtained by FITS, Kincannon was ordered by S.C. family court judge Robert E. Newton to hand over “Noodle” – a six-year-old male golden retriever that belongs to his estranged wife, Ashely Griffith.  Kincannon is accused of abducting the dog in early May – refusing to return him to Griffith after she permitted Kincannon and his family to keep the animal one weekend while she was out of town. “(Kincannon) will arrange to have the dog at the Lexington County Sheriff’s Department (LCSD) at 4:00 p.m. on Saturday, July 2, 2016 for retrieval by (Griffith) or her designee,” Newton’s order stated.  Kincannon failed to return the pooch at the assigned hour, though, prompting police to pay a visit to the Simpsonville, S.C. home (where he lives with his parents) in an attempt to return the animal to its rightful owner.  Witnesses say Kincannon’s mother, Roxie Kincannon, met officers at the home and informed them that her son had departed with “Noodle” the previous evening to whereabouts unbeknownst to either her or her husband.  Griffith says she obtained the dog in October 2009 when he was still a puppy – three years before she and Kincannon were married (and nearly two years before they had even met). Source 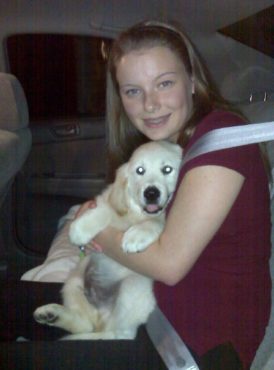 Simpsonville, S.C. police department responded to a 9-1-1 call from Jim Kincannon telling them his wife had “locked herself in (a) bathroom” inside the home because “she was absolutely terrified of Todd because he had killed one of their dogs with his bare hands.”

Upon entering the residence, officers located “a deceased medium sized brown and black dog” on the floor of the kitchen – an animal which “appeared to have suffered numerous stab wounds and was laying in a large pool of blood.”

“Several suspect puncture marks” were observed on the left side of the deceased dog, and two knives were discovered in the kitchen sink.

The initial police narrative also revealed that Todd Kincannon confessed to stabbing Bailey, allegedly telling a detective with the department “I’m the second coming of Christ and I got a command from God to do it.”

“The last time you saw me, you didn’t recognize me,” Kincannon (above) continued, according to the initial law enforcement narrative of events. “I’m Jesus. I’m not making it up. I have a sign.”

A lengthier version of the police narrative – obtained exclusively by this news site early Tuesday – delves further into Kincannon’s pronouncements in the aftermath of the ritualistic slaughter of Bailey.

According to a supplemental entry to the original incident report, Kincannon told police that “every 1,000 years Jesus needs a sacrifice and blood must be spilt.”

“Mr. Kincannon also advised that to his knowledge, only once has the sacrifice ever been a human,” the report stated. “Mr. Kincannon stated that God told him to sacrifice the dog belonging to his mother, Roxie Kincannon.”

The supplemental police report also reveals that the two knives discovered in the sink of the kitchen where this “sacrifice” took place contained “blood stains and dog hair.” Source