How Many Days In JULY 2019 Before There Is A Need To Pray JESUS PSALTER? FOUR! Patron Saint Of San Bernardino ALLOWS 6.4 MAG EARTHQUAKE To Hit San Bernardino County......Blaspheming Hollywood Stars Freak Out...

I now include the world, not just the US.

How important is public devotion to the HOLY NAME?

Outside of the visible sacrifice offered to God there was the practice of calling upon the HOLY NAME of GOD:

But to Seth also was born a son, whom he called Enos; this man began to call upon the name of the Lord. Gn.4.

Law of Nature had two major works dedicated to God:

But we do not have a public reparation to the Holy Name of Jesus.

So use this JESUS PSALTER - pray it. Make reparation for all those who abuse the HOLY NAME OF JESUS...

Call this a new post - call it a reminder - I will make a post weekly if necessary......

SEARLES, Calif. — An earthquake with an early measure of magnitude 6.4 hit Southern California — about 150 miles northeast of Los Angeles — on Thursday morning, according to the US Geological Survey.

Reports of scattered damage, including rock slides and fires, rolled in by midday.

At least four large aftershocks have been recorded, measuring 4.7, 3.5, 3.8 and 4.2 magnitude, officials said.

he earthquake was felt in central Los Angeles as a long, rolling quake, making buildings rock back and forth for at least several seconds.

The quake was centered near Ridgecrest, a community west of the Mojave Desert.

Diane Ruggiero, general manager of the Hampton Inn and Suites Ridgecrest in Ridgecrest, told CNN’s Paul Vercammen that the hotel has significant damage.

“The chandeliers are still swinging,” she said five minutes after the quake hit at 10:33 PT. “The floor rippled.”

“We have no reports of damage to any FAA facilities or operational effects from the quake at this time,” FAA spokesman Ian Gregor said. 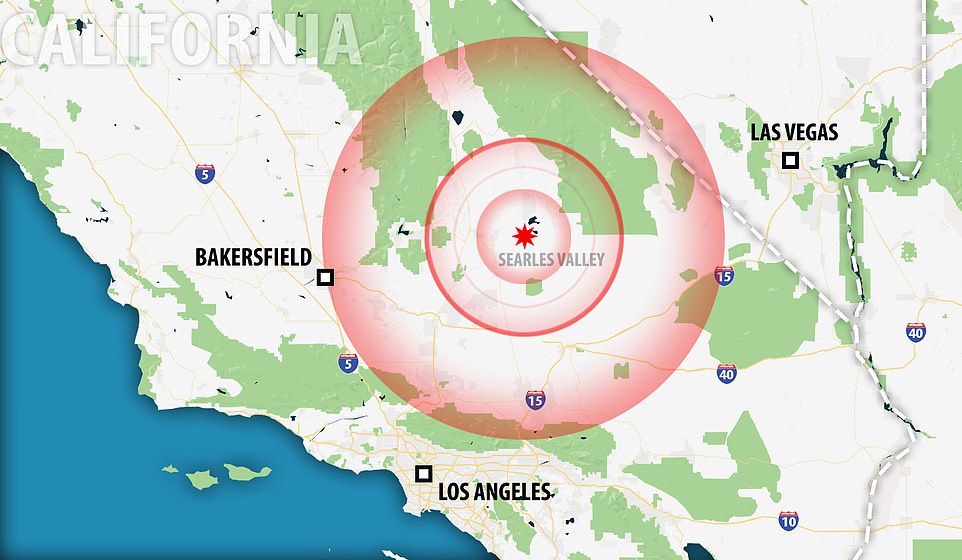 Trona, an unincorporated community, “sustained varying degrees of damage” but no injuries have been reported, according to San Bernadino County Fire’s verified Twitter account.

Just north of Los Angeles, Kern County Fire is responding to more than 20 incidents relating to the earthquake and aftershocks including fires and medical emergencies, according to a tweet on its verified account.

U.S. Geological Survey Lucy Jones seismologist told reporters, “The earthquake was near China Lake and Ridgecrest. It’s is sparsely inhabited area, so the number of people who would have received damage is much lower.”

She said there is a 1 in 20 chance that a bigger earthquake will hit within the next few days. “It’s certain that this area is going to be shaking a lot today and some of those aftershocks will probably exceed magnitude 5.”

Jones said the quake was preceded by magnitude 4.2 temblor about 30 minutes before, which she called a foreshock. 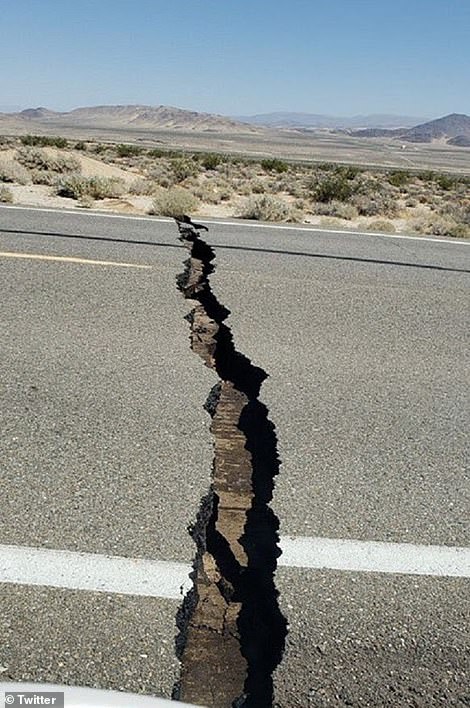 The National Weather Service tweeted that the earthquake was felt in Las Vegas, adding, “so far no significant damage reports.”

A tsunami is not expected, according to the National Tsunami Warning Center.

There have been at least 38 aftershocks, according to the USGS.

He was called into work at the agency’s office in Golden, Colorado. “We’re getting calls off the hook,” research geophysicist William Yeck said.

Abusers of the HOLY NAME OF JESUS (IHS) in Hollywood Freak Out: 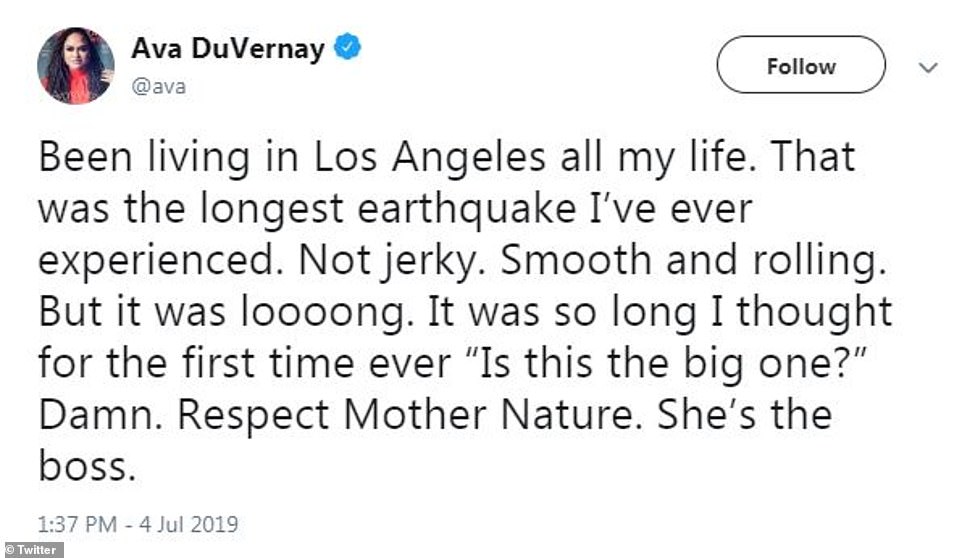 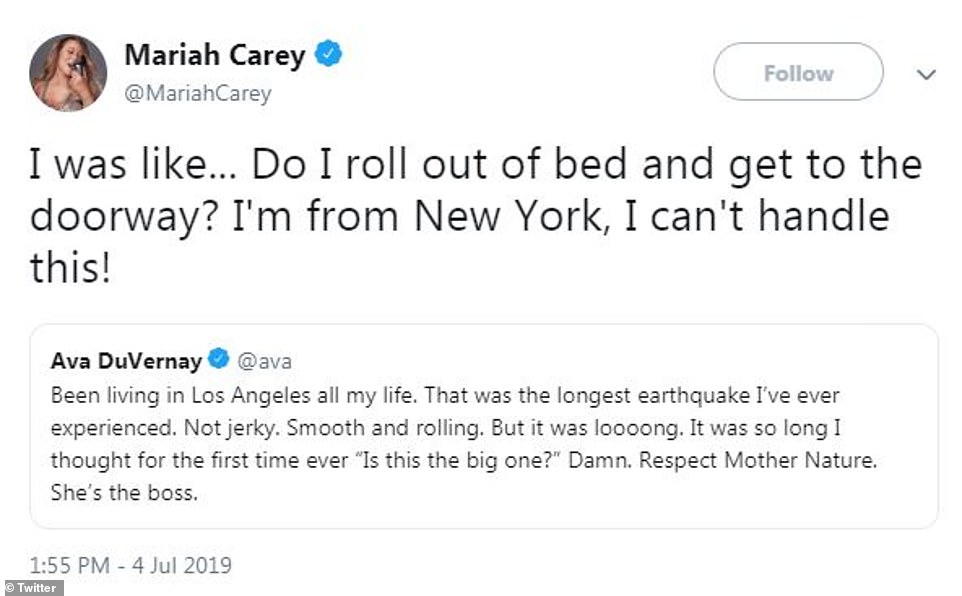 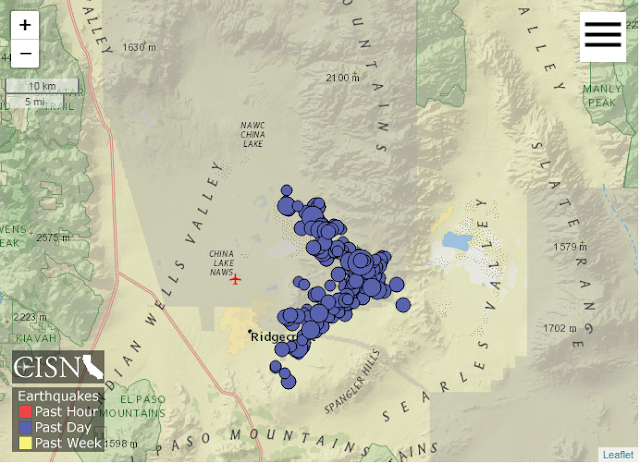 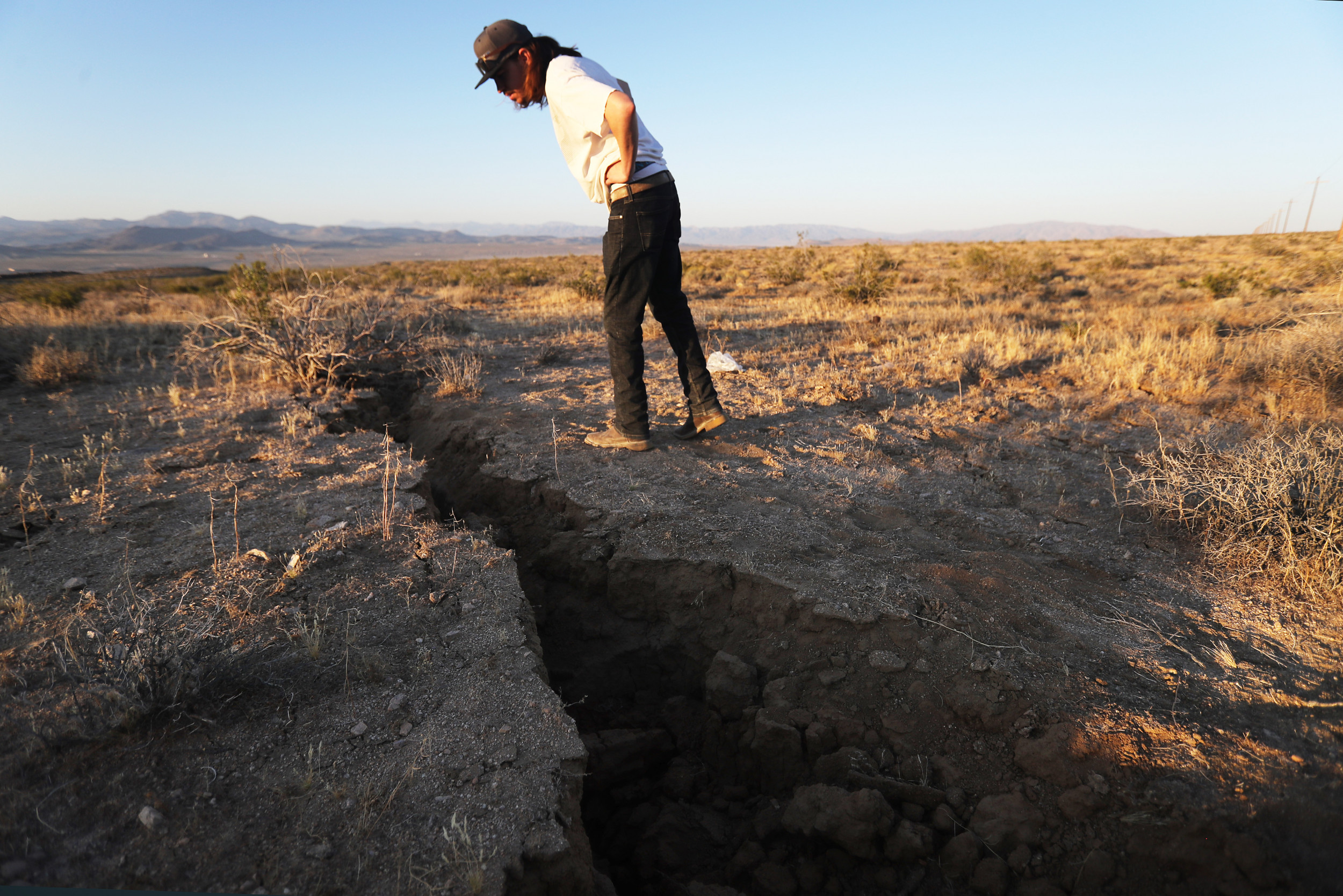 Filmmaker Ava DuVernay tweeted, “Been living in Los Angeles all my life. That was the longest earthquake I’ve ever experienced. Not jerky. Smooth and rolling. But it was loooong. It was so long I thought for the first time ever “Is this the big one?” Damn. Respect Mother Nature. She’s the boss.” Source 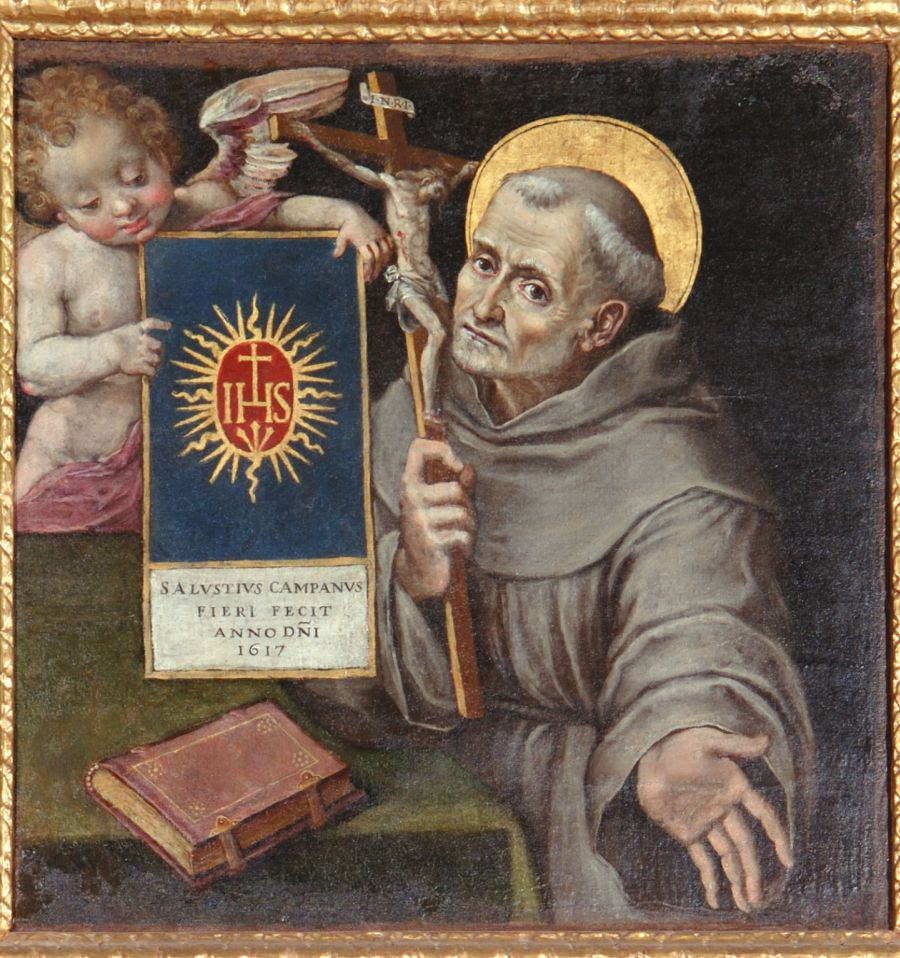