THE RAPINOE EFFECT: Pregnant Mom, Pam Vera Snyder, 31, And Her Son, 9, Are Found Dead In Their Car After It Was Swept Away By Flash Floods

ATHEIST Megan (In Your Face) Rapinoe and her Badass World Cup Teammates have no fear of God or His Vengeance.


Pregnant mom, 31, and her son, 9, are found dead in their car after it was swept away by flash floods and lodged under a bridge with water rushing in

A Pennsylvania police chief says a pregnant woman and her nine-year-old son have been found dead in a car that was swept away by floodwaters.  Douglass Township Police Chief John Dzurek explained how the car was swept down the Manatawny Creek for about a half-mile on Thursday night, while the woman was on the phone with emergency officials. The call then dropped.  The woman, who has been identified as 31-year-old Pam Vera Snyder along with her son, Preston, told authorities that water was rushing inside her Mazda 3 vehicle and the pair were unable to escape. Source 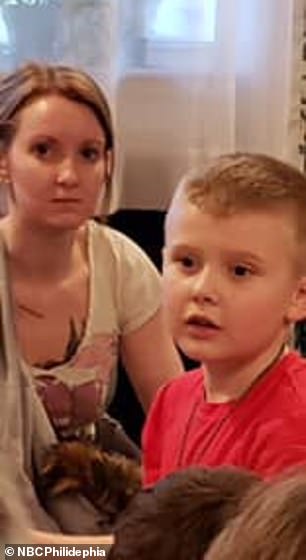 If ever there was a woman who is calling upon the wrath of God upon us all it is this prideful monster Megan...