DOOM! DOOM! DOOM! I Pray For The Destruction Of The Airline Industry During Sunday Mass: Hong Kong Airport TARGETED In Weekend Protest After Last Week's Mayhem 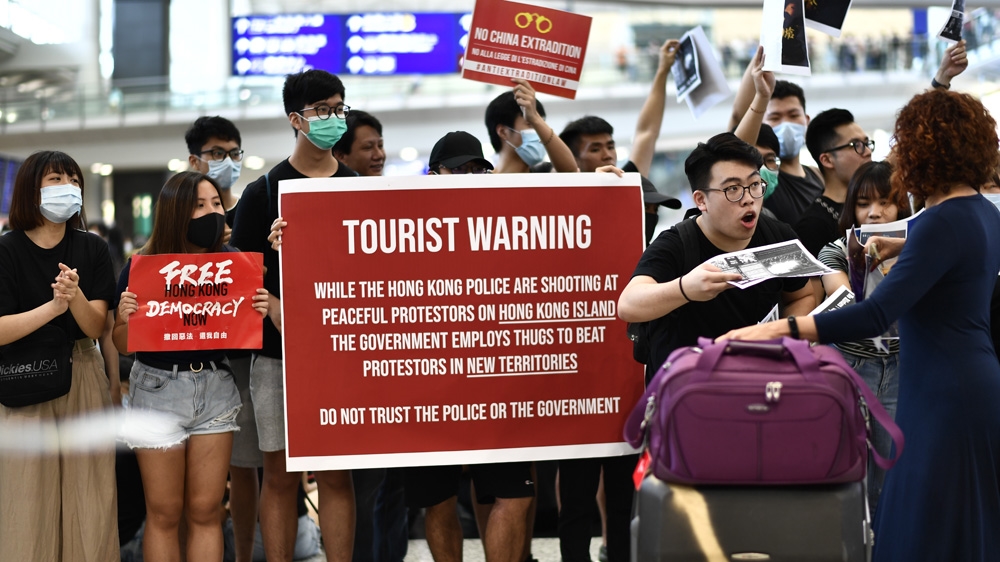 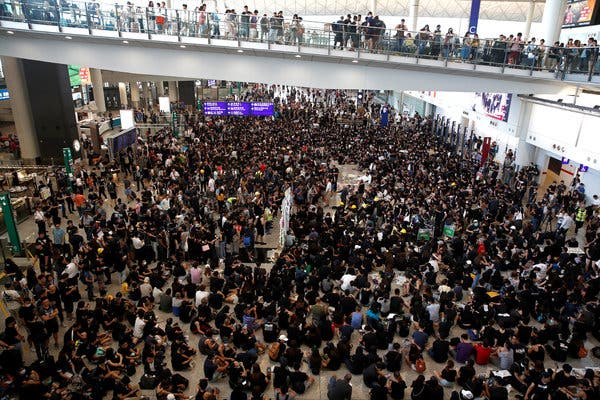 HONG KONG, Aug 23 (Reuters) - Hong Kong braced for an anti-government protest "stress test" of the airport this weekend, as weeks of sometimes violent demonstrations in the Chinese-ruled city showed no signs of let-up amid rising tension between China and some Western nations.  The airport, reached by a gleaming suspension bridge carrying both rail and road traffic, was forced to close last week when protesters, barricading passageways with luggage trolleys, metal barriers and other objects, clashed with police.  China's Hong Kong affairs office condemned the mayhem as "near-terrorist acts".  "Go to the airport by different means, including MTR, airport bus, taxi, bike and private car to increase pressure on airport transport," protest organisers wrote online on Friday.  Source