I Pray For The Destruction Of The Airline Industry During Sunday Mass: Boeing 737 MAX Deliveries Crash 38% 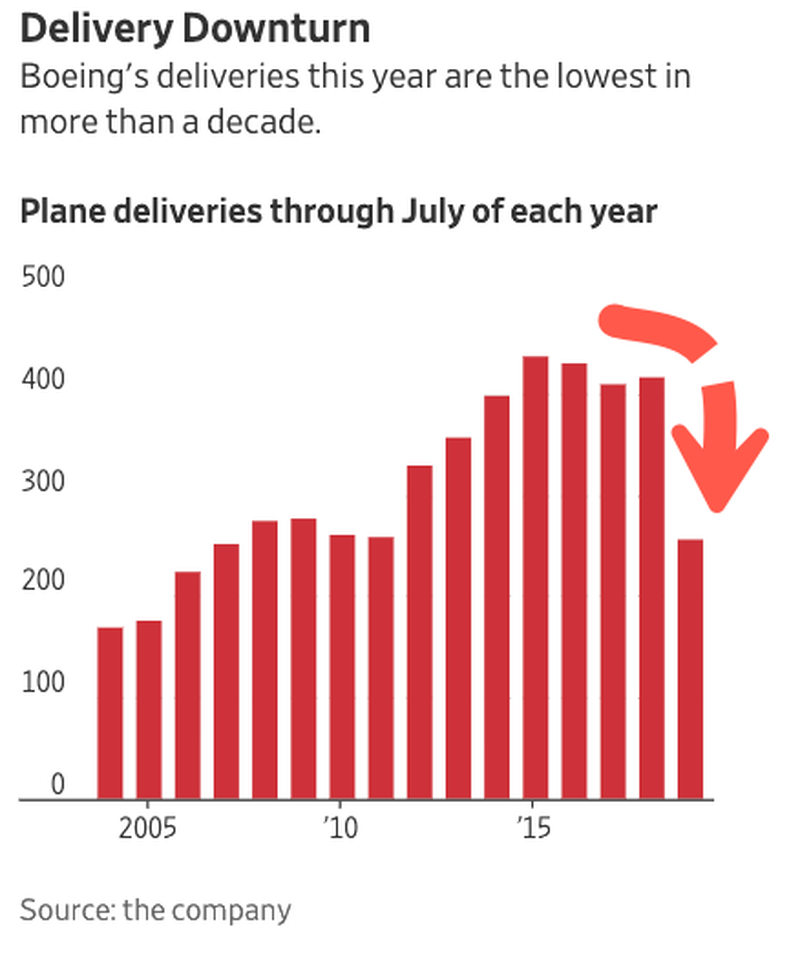 Boeing 737 MAX planes, the world's most popular commercial jet, have been grounded worldwide since March after two crashes killed more than 300 people. Deliveries and new orders have collapsed since the planes were taken out of service.  Reuters reports Boeing delivered 258 737 MAXs in the first seven months of 2019, versus 417 last year, which accounts for a -38% reduction in deliveries, risks being displaced by European rival Airbus.  The aircraft has been grounded worldwide since mid-March following two crashes that killed 346 people. Aviation investigators determined that both planes had similar problems with an anti-stall system before impact. Boeing has been desperately trying to fix software related to the anti-stall system, but timelines of when the plane can return to service continue to get pushed back. Source