Proof That Sacrilegious Communion Is Punished! Father Quentin Dupont, SJ, GIves Communion To Sodomite Robert Fuller, 75, Who Then Took His Own Life.... 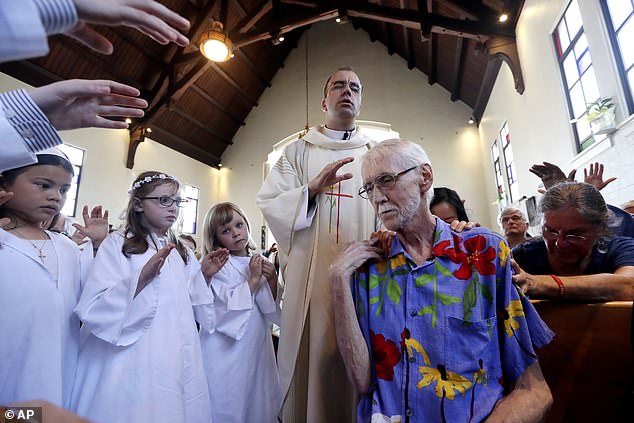 A violinist played Ave Maria and his husband, who he married that morning, held his hand

Years of Sacrilegious Communion ended with his suicide.

These are the heartbreaking photographs from a terminally ill cancer patient's suicide party where he married his life partner, bid farewell to friends and listened to music and poetry before taking his own life with a lethal injection under to Washington's death with dignity law. Robert Fuller, 75, died on May 10 at his senior living apartment in Seattle. He took his own life with a lethal injection of sleeping pills mixed with Kahlua after celebrating with friends. Earlier in the day, he married is partner, Reese Baxter-Fuller and traded stories with old friends. Fuller had been diagnosed with an aggressive form of cancer months earlier. Instead of spending his final days having chemotherapy, he decided to take advantage of the state's assisted suicide law. Source