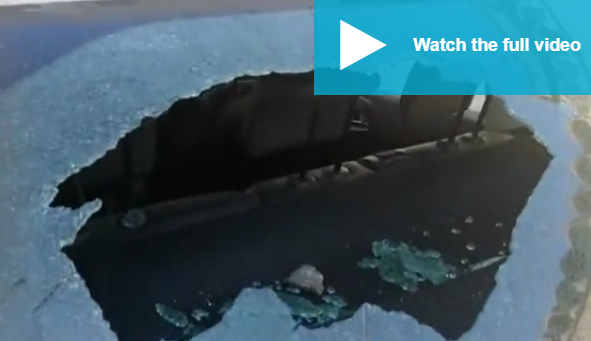 Plane debris rained down like bullets when fragments of metal fell off a Boeing 787 taking off in Rome, sending terrified residents scurrying.  An air investigation is underway after locals reported 'hundreds of pieces' of the eight inch fragments falling from a Norwegian airlines jet as it departed Rome's Fiumicino airport on Saturday.     One witness told Italian newspaper, Il Messaggero: 'They were like bullets. My shirt was on fire!'  Most of the pieces fell around the area of Isola Sacra and littered people's gardens, much to their amazement. Another witness said: 'It looked like a strong hailstorm but it was sunny. I went out on the balcony and saw it was a storm of steel and iron. I screamed and ran into the house.' According to municipal sources, 25 cars and 12 homes were damaged. Source 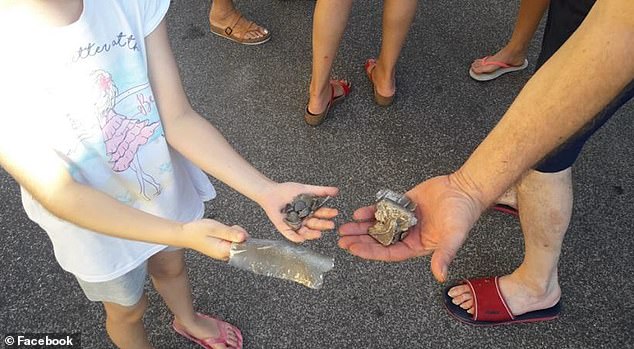