"You're Gonna Die Up There" Dale Earnhardt Jr. Plane Crashes.....

Moment NASCAR legend Dale Earnhardt Jr. is treated by paramedics after he, his wife, their one-year-old daughter and their dog escaped a plane crash in Tennessee when his private jet rolled off the runway on landing and burst into flames

A private plane carrying NASCAR legend Dale Earnhardt Jr. and his family rolled off the runway and caught fire in Tennessee on Thursday, authorities have revealed. Also on board the small aircraft was Earnhardt's wife, Amy, their one-year-old daughter, Isla, and the family dog, Gus. The plane, registered under Earnhardt's JR Motorsports, crashed at Elizabethton Municipal Airport in Carter County at around 3:40pm on Thursday afternoon. No one was killed in the crash, according to Elizabethton fire chief Barry Carrier. All of those on board, including the two pilots made it out from the plane alive, and the Earnhardt family have since been released from the hospital. Source 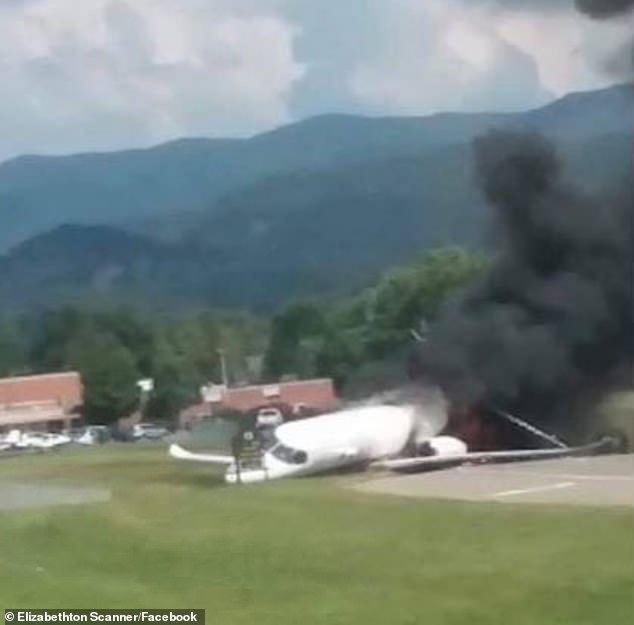