Our Lady of La Salette On Britain's Top 100 Influencers Revealed: Gamers, Lifestyle And Fitness Vloggers........ People Will Think Of Nothing But Amusement. The Wicked Will Give Themselves Over To All Kinds Of Sin.

People will think of nothing but amusement. The wicked will give themselves over to all kinds of sin. Our Lady of La Salette 19 Sept. 1846 (Published by Mélanie 1879)

There will be bloody wars and famines, plagues and infectious diseases.  Our Lady of La Salette 19 Sept. 1846 (Published by Mélanie 1879)

Britain's top 100 influencers revealed: Gamers, lifestyle and fitness vloggers are among the YouTubers making eye-watering fortunes from their millions of followerst? 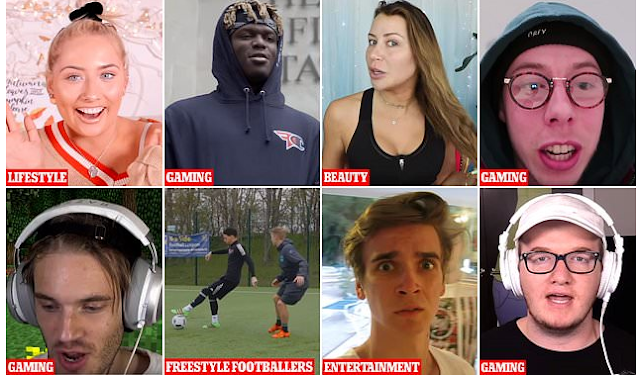