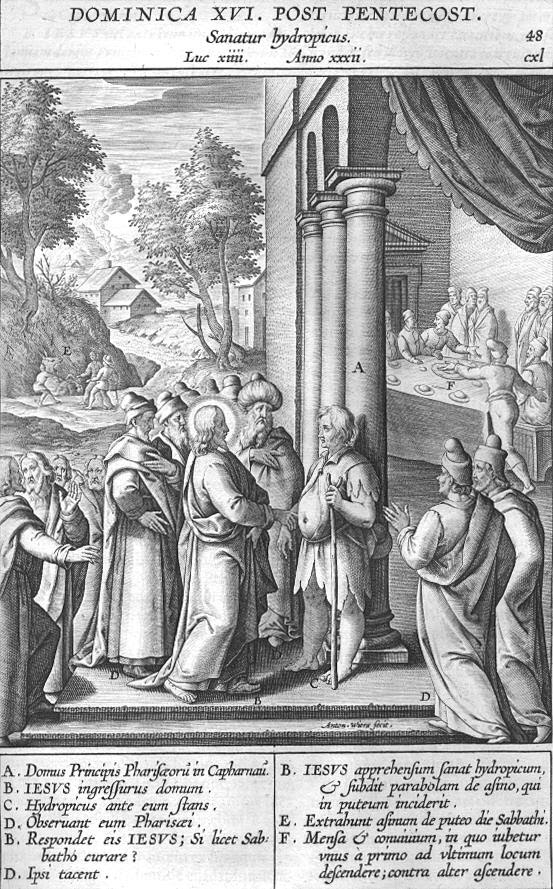 
We read in the old Testament that for some kind of sins especially Idolatry amongst the Jews,and not only Idolatry itself, but for persuasion and inducing thereunto, if any such were found in a City; not only the City should be destroyed by fire, man, woman, and child, but all the cattle, goods, & household stuff should be brought into the midst of the streets, and set on fire, and that City should not be reedified, and built again, but should be as anathematized, or accursed to God: and this was not only the command of God for terrification sake, but divers examples thereof.


We might think this to be a most cruel and barbarous penance, but that we know, that God punished all the world, not only with grievous corporal punishment, but with damnation of their souls for eating of one forbidden apple, as also he doth daily, though he hath redeemed us, again, for one mortal sin  unrepentant, & yet we are to think (as the truth is) that he doth punish us short of our desert,and reward us far beyond.

Hereby we may gather, how infinite great and good a thing God is, whose offense requireth such a horrible penance, and what a foul and ugly Monster sin is, that bringeth forth such a huge and hideous hurt, that we may learn both to love and fear God, and hate the devil, who is the author, and executioner of sin.

Likewise we may infer of these premises, that if sin be so pernicious a thing in itself, as to deserve the ruin of body and soul, and all things else belonging unto either of them, it will easily deprave, and poison our good deeds, if it be mingled therewith, be it but one little drop, that is to say, but one ill circumstance, and especially our intention, which in moral actions,is the chief of all.

Which Christ therefore compared unto leaven wherefore never so little, sowreth a whole lump of dough; and biddeth us, beware of the leaven of the pharisees,which was by Christ his own interpretation, no greater matter then Hypocrisy,doing their good deeds for vainglory,and praise of men.

If sin be so contagious and poisonous as that a little dram of vainglory, will infect the whole lump of our good works,what will other worser circumstances do.

It is not enough to do good for a good end, and with all other good circumstances that belong thereunto.

This Pharisee here inviteth Christ to his table, an act of singular piety and devotion in St. Martha, & St Matthew who did it with all good circumstances that might be: but in this Pharisee a sinful act, because he did it to an ill end, to wit, to observe Christ, if he could entrap him in his words or deeds, and to that end invited other Pharisees to observe him (as the text sayth they did) & to bear witness against him, if occasion were offered; whereby he did not only loose the merit of his good work, but offended God thereby.