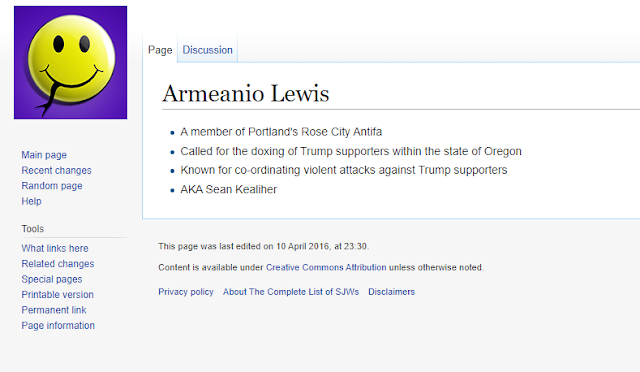 PORTLAND, Ore — Police have identified a man who was killed in connection with a crash and shooting in Northeast Portland early Saturday morning. The 23-year-old man's name is Sean D. Kealiher. He also went by the name Armeanio Lewis. Police say Kealiher died of blunt force trauma. They are investigating his death as a homicide.At around 12:15 a.m. Saturday, Portland police responded to reports of gunfire in the area of Northeast 8th Avenue and Davis Street. Officers found an SUV crashed into the side of a commercial building. There was evidence that gunshots were fired at the vehicle, police said. No one was around when officers arrived. A short time later, police learned an injured person, identified as Kealiher, was dropped off at a local hospital. He died at the hospital. In a press release Saturday afternoon, police said Kealiher suffered critical injuries after the crash. Police have not released more information about the crash, or the events leading up to it. Kealiher was a self proclaimed anarchist who was involved in protests after the 2016 election. Today people began to leave candles and flowers outside the building where Kealiher was hit at Northeast 9th and Everett. It's the building that houses the Democratic Party of Oregon. The Executive Director doesn't know any link between the Democratic Party and Kealiher's death. "This is a tragedy in our community" said Brad Martin. The Oregonian reports he was hit after leaving Cider Riot, a bar popular with left-wing activists and the scene of a brawl between left wing and right wing activists earlier this year. Source 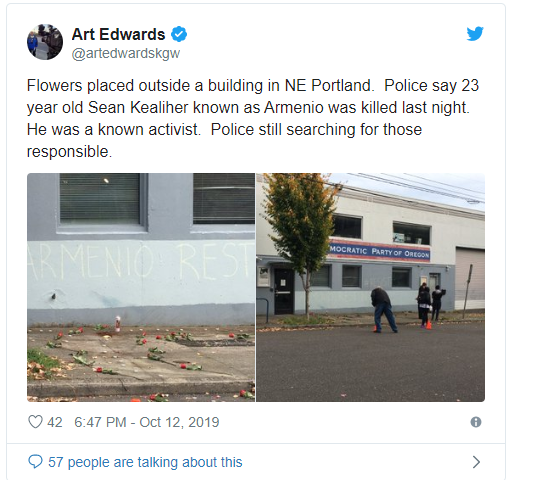