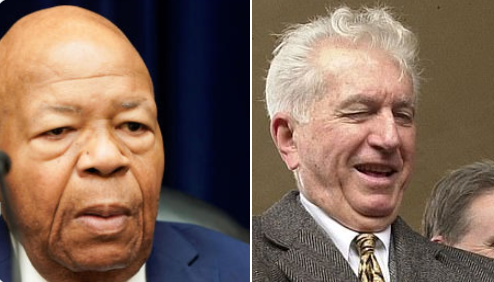 Elijah Cummings, long-time Baltimore congressman, died early Thursday at the age of 68, his office said. Cummings passed away at Gilchrist Hospice Care, a Johns Hopkins affiliate, at 2:45 a.m. from "complications concerning longstanding health challenges," his office said. Maya Rockeymoore Cummings, the chairwoman of the Maryland Democratic Party and Cummings' wife, said in a statement that Cummings was "an honorable man who proudly served his district and the nation with dignity, integrity, compassion and humility." "He worked until his last breath because he believed our democracy was the highest and best expression of our collective humanity and that our nation's diversity was our promise, not our problem," Rockeymoore Cummings said. "I loved him deeply and will miss him dearly." Source

Nancy Pelosi's older brother has died at the age of 90 following complications from a stroke, it has been announced. Thomas D'Alesandro III died at his North Baltimore home Sunday. His sister called him 'the finest public servant I have ever known', in a statement. Pelosi said his 'life and leadership were a tribute to the Catholic values with which we were raised: faith, family, patriotism'. In a statement the House Speaker added: 'My husband Paul and our entire family are devastated by the loss of our patriarch, my beloved brother, Thomas D'Alesandro III.' Source