I Pray For The Destruction Of The Airline Industry During Sunday Mass: BARCELONA AIRPORT SHUT DOWN BY PROTESTERS.... 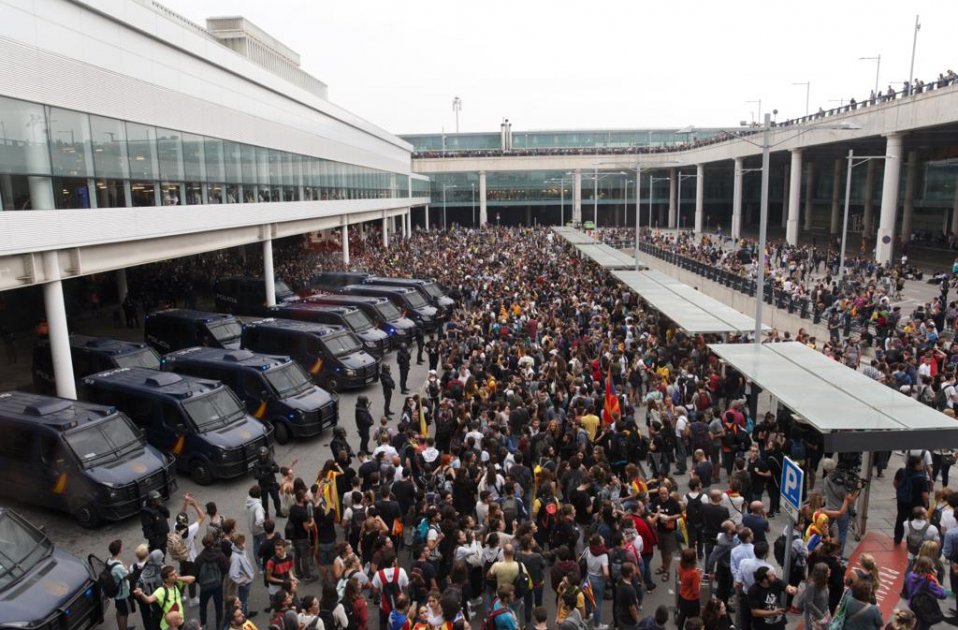 Airport protests are now a thing.....

BARCELONA, Oct 14 (Reuters) - Metro and train access to Barcelona's El Prat airport were briefly suspended on Monday over separatist protests after Spain's Supreme Court sentenced nine independence leaders to years in jail.  Both the metro and train have now resumed, the train operator and local police said.  Reuters footage showed police in full riot gear cordoning off dozens of protesters, some of whom were hooded and wearing masks, at one of the airport's access ways.  Airport operator AENA said the airport was operating normally. Source