POPE FRANCIS - A HERETIC? CAN A POPE BECOME A HERETIC? WILLIAM OF OCKHAM 1 Dial. 5.1-5 Chapter I 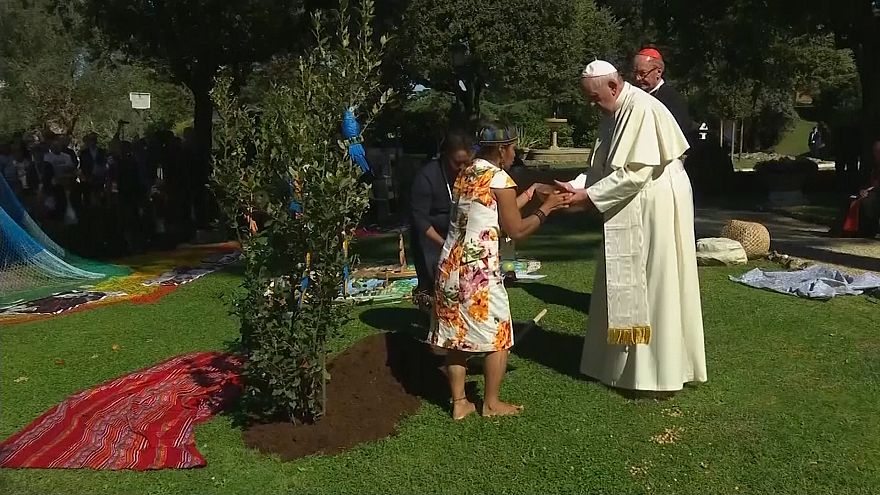 The fifth book of the first part of the Dialogues begins, teaching who can be defiled by heretical wickedness.

Student: Because it seems to me that those who do not resist heretical wickedness when they can should be called favourers of heretics rather than heretics, I do not want to ask more about them here; but when I question you later about favourers, harbourers and defenders of heretics I will take care to find out more about them too. But having inquired about how someone can be convicted of being a heretic, I now propose to investigate who can be defiled by heretical wickedness. And because
I want you therefore to reveal to me what christians think about those five groups. Would you first tell me, however, whether everyone thinks that a pope who enters [office] canonically is unable to become a heretic.

CAN A POPE BECOME A HERETIC?

Student: Do not put off explaining how those who maintain the former opinion support [their position].

That a pope can become a heretic

Master: They try to uphold that assertion by citing authorities and examples and also by reasoning. They try to show it first by the following text of blessed Paul. For we read as follows in Hebrews 5[:1-2]. "For every high priest taken from among men is ordained for men in the things that appertain to God, that he may offer up gifts and sacrifices for sins, who can have compassion on them that are ignorant and that err, becase he himself is compassed with infirmity." We gather from these words that just as every priest taken from among men - and the highest pontiff is also such a one - can have compassion on the ignorant and on them that err, so also they are known to be compassed with infirmity, that is with the capacity for ignorance and error.

[See Significant Variants, para. 27.] Again, in 1 Corinthians 10[:12] the Apostle utters a general warning to everyone not confirmed in grace when he says, "Wherefore he that thinketh himself to stand, let him take heed lest he fall." We are given to understand by these words that every person not confirmed in grace can fall into sin, and consequently can err against the faith. Just like others, therefore, the pope can err against the faith.

Again, when the Apostle is teaching the whole body of prelates in Galatians 6[:1] how they ought to instruct their subjects he says, "If a man be overtaken in any fault, you who are spiritual, instruct such a one in the spirit of meekness, considering thyself, lest thou also be tempted." We are given to understand by this that a prelate can be tempted by the same fault by which his subject has been overtaken and can commit the same fault. Since therefore the pope has not been excepted from that warning of the Apostle, and his subjects can err against the faith, the highest pontiff too should take thought lest he be tempted by an error against faith and fall into heretical wickedness.

Again, they prove this by a text of Boniface the martyr which is found in dist. 40, c. Si papa [col.146]; speaking about the pope he says, "No mortal presumes to convict him of faults; he who is going to judge everyone else should be judged by no one unless he is discovered deviating from the faith." We gather evidently from these words that the pope can deviate from catholic faith and fall into heretical wickedness. The gloss on that text clearly affirms this when it says about the phrase 'from the faith' [col.195], " Huguccio understands this to mean when the pope refuses to be corrected. For if he were prepared to be corrected he could not be accused. ... Mention is especially made here of heresy because even if the heresy were secret he could still be accused of it." And he goes on to ask, "Would the pope be able to decree that he could not be accused of heresy?" In reply he says, "I answer no, because the whole church would be endangered by it." We clearly learn from these words that the pope can be accused of heresy and, as a consequence, can be ensnared by heretical wickedness.

Again, they try to add to the same assertion by a text of Pope Urban which is put in 25, q. 1, c. Sunt quidam [col,1008]. For Pope Urban says, "It should be known most diligently that the reason why in some cases he can establish new laws, is because in those cases the evangelists said nothing. But when the Lord or his apostles or the holy fathers who followed them have implicitly defined something the Roman pontiff should not give a new law but rather should confirm what has been proclaimed even with their soul and blood. For if he were to strive, may it not be so, to destroy what the apostles and prophets have taught he would be convicted not of giving an opinion but rather of making an error." This implies that although the Roman pontiff should not err against [the teaching of] the apostles and prophets, nevertheless he can do so, and so he can be corrupted by heretical wickedness. This is asserted and affirmed both implicitly and explicitly by many glosses on the decretals. For the gloss on 24, q. 1, c. 1 says [s. v. heresim; col.1382], "This is a case", that is when someone falls into an already condemned heresy, "in which a pope can bind a pope, in which the pope falls under the canon of published opinion. The rule that an equal can not release or bind an equal is not an objection because from the very fact that the pope is a heretic he is less than any catholic whatsoever."

Again, the gloss on the chapter A recta in the same causa and quaestio says [s. v. novitatibus; col.1387], "I ask of which church you understand it to be said that it can not err; not of the pope himself who is called the church (the same place c. Quodcumque and 4, q. 1, c. Scire debes) because it is certain that the pope can err, as in dist. 19, c. Anastasius and dist. 40, c. Si papa."

Again, the gloss on 25, q. 1, c. Que ad perpetuam says [s. v. nulla commutatione, col.1438]: "The pope can not dispense against a general statute of the church nor against the articles of faith. For even if everyone were to agree to it, it could not be decreed, but all would be heretics, as in dist. 15, c. Sicut sancti."